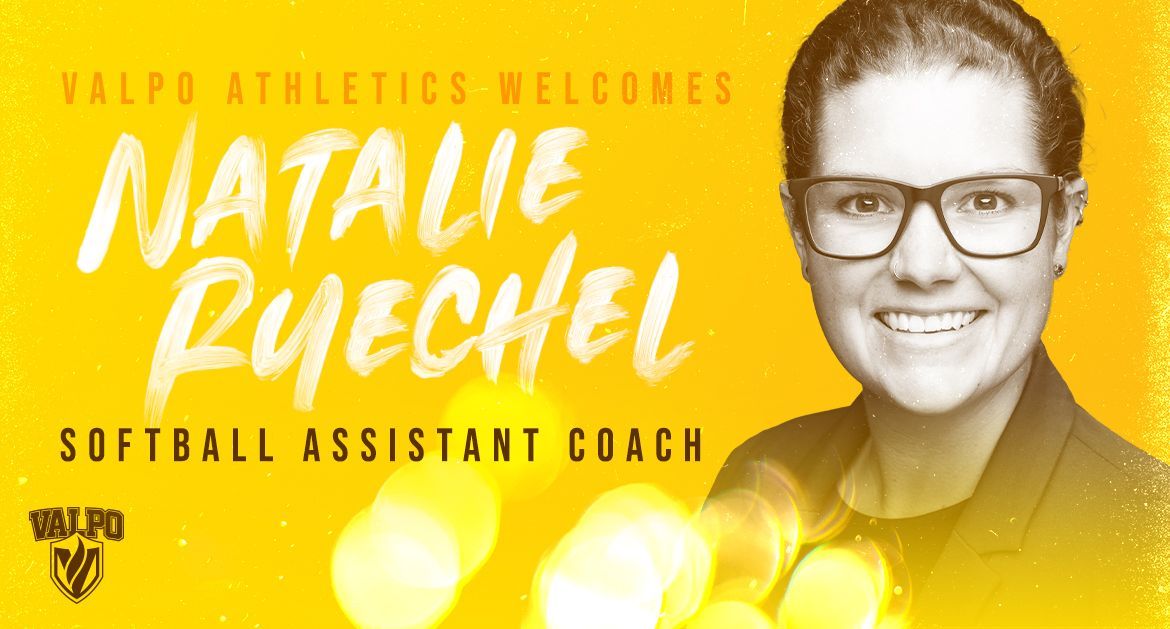 “Natalie is passionate and serious about player development, and she has already put considerable time and effort into our pitchers and catchers before even setting foot on campus,” said Stake. “I am grateful for that energy, and I know the players with whom she’s spent virtual time are, as well. She used the extra time due to the COVID-shortened season to immerse herself in professional development opportunities, and I am sure she will bring with her a thorough set of ideas and plans to implement in our program. There is no question Natalie will be a competent and confident leader for our pitching staff.”

Ruechel spent the abbreviated 2020 campaign as an assistant coach at UNCW, where she was in charge of the program’s offense and worked with the outfielders. Under her tutelage, the Seahawks averaged nearly 4.5 runs/game.

Prior to her stint at UNCW, Ruechel coached for three seasons at Averett University, ascending to head coach for the 2019 season. Ruechel led the Cougars to a 31-16 record and a runner-up conference tournament finish in her year at the helm of the program, coaching an All-American and two All-Region players. The 2019 Averett team set program single-season records for home runs, slugging percentage, and pitching strikeouts.

“I am extremely excited to join the Valpo softball staff and work with Kate,” said Ruechel. “I’m ready to come in and make an immediate impact, build upon the strengths of the pitching staff and compete for a championship.”

Ruechel spent the 2017 and 2018 seasons as the pitching coach for Averett, helping lead the program to 50 wins over the two years and a USA South Tournament title and NCAA Tournament appearance in 2017. Over those two seasons, members of the pitching staff earned conference Rookie of the Year and NFCA All-Region honors and led the USA South in strikeouts and wins. In her three years overall with Averett, the pitching staff’s ERA dropped by over 30% and the staff’s WHIP dropped by 25%.

Ruechel started her collegiate coaching career as the pitching coach at Carroll University in 2016, helping the team to a 25-15 record. Under her guidance, a pair of pitchers earned Second Team All-Conference honors.

Ruechel earned her bachelor’s degree in physical and health education in 2015 from Carroll University, where she played her final two seasons of collegiate softball and was a Second Team All-Conference honoree at pitcher as a senior. She went on to earn a master’s of business administration with an emphasis in leadership from Averett University in 2018. Ruechel comes from a softball family, as her father, Mike, has spent the last two years as the head coach at the University of Buffalo. Her brother, Evan, is on staff at Buffalo as well as a volunteer assistant and previously was an assistant coach at UNCW.

“A softball junkie, Natalie’s had her hand in all areas of the game, including stints as a head coach,” said Stake. “Along with Mario’s experience in the FGCL this past summer, this gives me a full roster of staff who have head coaching experience – something I expect to benefit this program a great deal. And while she has coached all aspects of the game, it’s evident Natalie’s enthusiasm and expertise lies in pitching. We had a very strong applicant pool for this position, and Natalie set herself apart throughout the process. I am grateful she chose Valpo as her landing spot, and I’m excited to get started with her.”

What They’re Saying About Natalie Ruechel

“Natalie is one of the hardest-working young pitching coaches I know. Her knowledge of the game will only better the softball program at Valparaiso. Congratulations Valparaiso and Natalie. You got a good one.”

“Although Natalie will be missed at UNCW, she left a strong impression on our program and our student-athletes. She comes with a great deal of energy, knowledge and passion for the sport of softball and the development of young women.”

“Natalie is not ‘up-and-coming’, she is already a Rock Star. This is a steal for Valpo. Coaching is in her DNA and she is just as passionate about learning as she is teaching.”

“Natalie is a curious, thoughtful coach who is a rising star in college softball. She is passionate about discovering new techniques and bringing softball pitching coaches into a new age. Watch for her to do great things!”