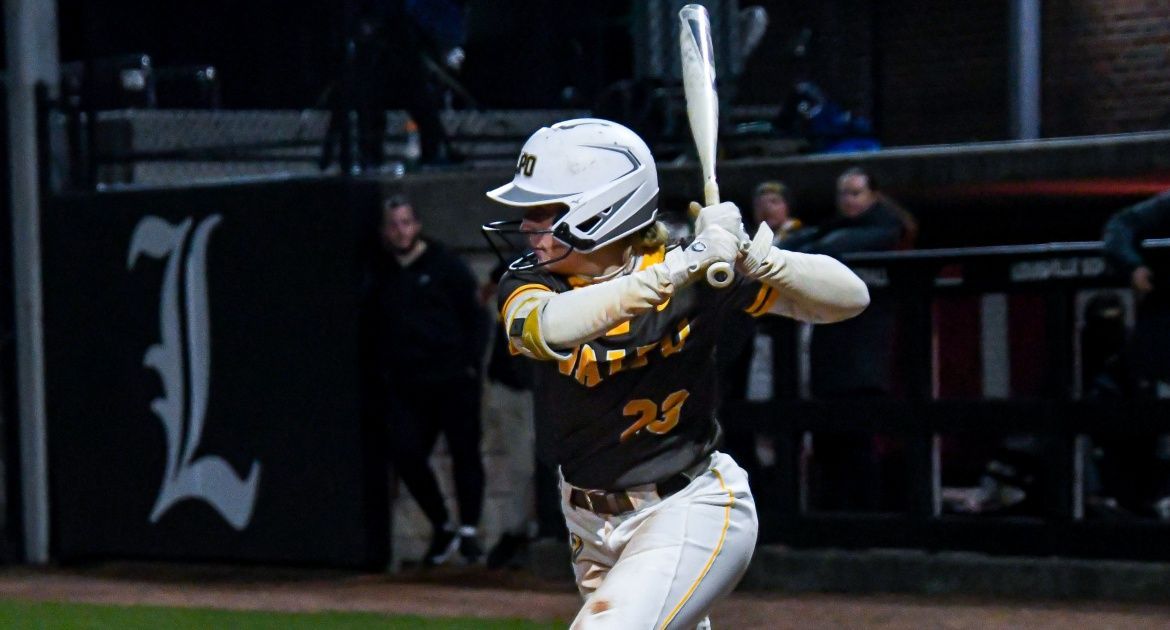 Valpo softball junior Easton Seib (Blue Springs, Mo./Blue Springs South) got the final weekend of pre-conference play off to a great start, tossing a three-hit shutout in the Beacons’ opener at the Bluegrass Challenge, while Ryan Milkowski (Olathe, Kan./Olathe West) delivered a three-run homer in the 5-0 win over Central Michigan. In the nightcap Thursday, host Louisville scored three runs in the bottom of the first en route to a 3-1 final.

How It Happened – CMU

How It Happened – Louisville

Valpo (8-7) continues the Bluegrass Challenge a little over an hour to the east on Saturday, as the Beacons make the move to Kentucky’s campus. Two games are on tap for Friday, as Valpo faces Eastern Kentucky at 2 p.m. CT on ESPN3 before facing the host Wildcats at 4:30 p.m. CT on SEC Network +.