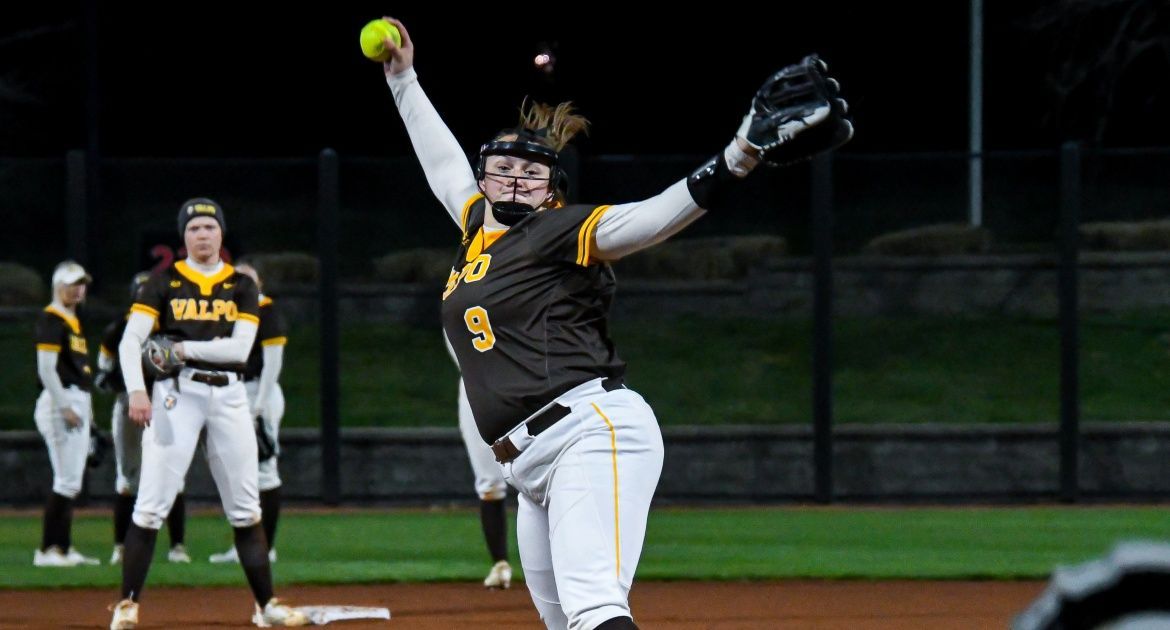 Freshman pitcher Cheyenne Nietz (Machesney Park, Ill./Harlem) tossed the best game of her young Valpo career on Sunday in softball’s series finale at Indiana State, throwing a four-hit shutout as the Beacons earned their first win in MVC play with a 1-0 triumph over the Sycamores. Valpo dropped Sunday’s opener to the Sycamores, 9-0.

Valpo (9-11, 1-2 MVC) steps out of Valley play for a mid-week game on Wednesday at Western Michigan. First pitch is slated for 3 p.m. CT.