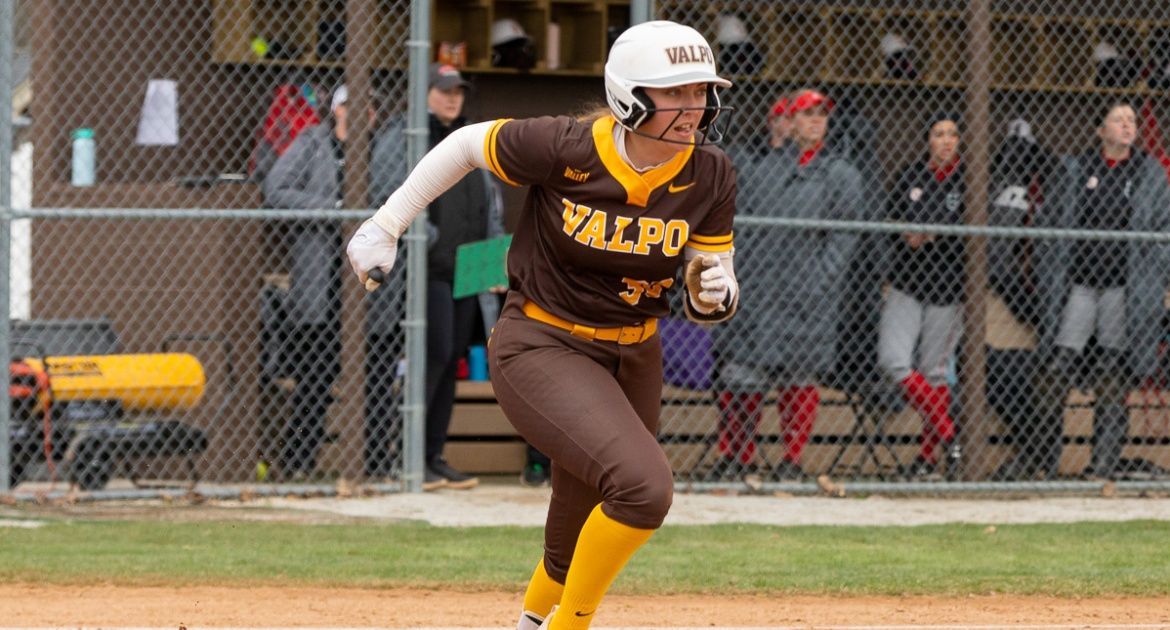 Ryan Milkowski had a pair of hits Saturday.
Bradley at Valparaiso | April 02, 2022

For the first time in 329 days, the Valpo softball team took to the field at the Valpo Softball Complex for regular season action on Saturday. The Beacons got a two-run homer in the seventh inning from Lauren Kehlenbrink (Ballwin, Mo./Parkway South), but could not complete the comeback from a four-run deficit as visiting Bradley earned a 4-2 win. With impending rain on the way, the scheduled second game of the doubleheader was pushed back until Sunday.

Valpo (9-16, 1-6 MVC) will close out the three-game series with Bradley on Sunday afternoon with a doubleheader beginning at noon. Both games can be seen live on ESPN3.