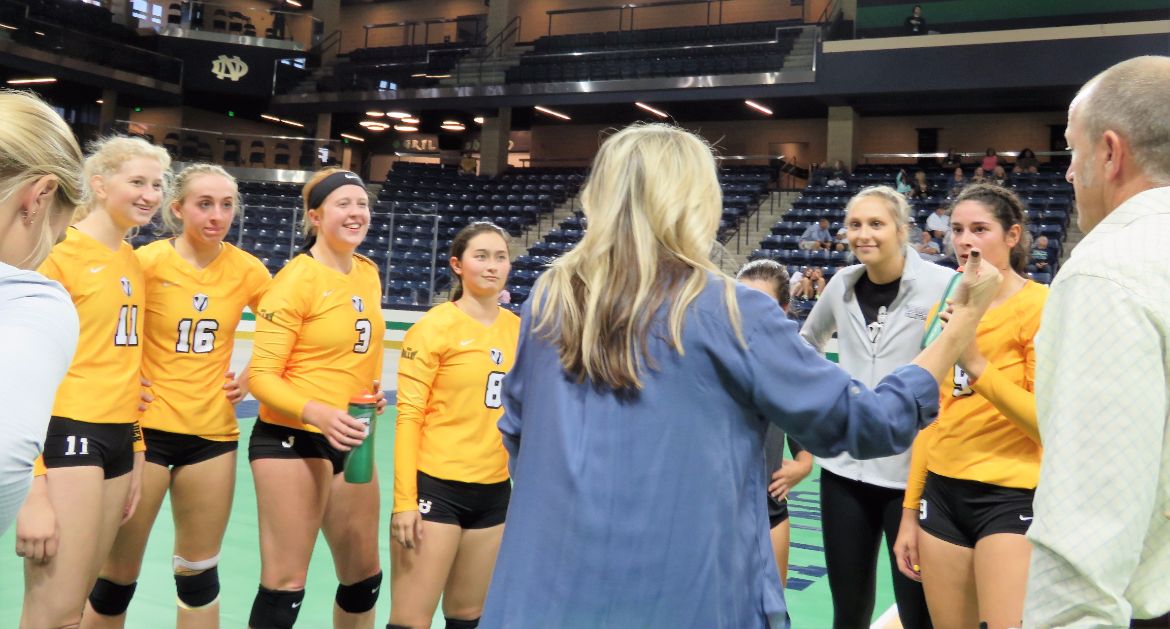 The Valparaiso University volleyball program boasts a strong tradition of successful liberos, but freshman Rylee Cookerly (Brownsburg, Ind./Brownsburg) topped them all on Friday, setting a new program single-match record with 43 digs as the Crusaders battled with ACC foe Notre Dame in an eventual 3-1 (25-16, 25-19, 23-25, 25-9) defeat in their season opener.

The Crusaders scored four of the final six points in the third set to force a fourth set against the Fighting Irish, but Notre Dame jumped out to a 14-2 lead in the fourth set en route to closing out the match.

Valpo (0-1) closes out the Golden Dome Invitational on Saturday with a pair of matches, taking on New Mexico State at 9 a.m. CT and Rhode Island at 3 p.m. Both matches will have live stats available via ValpoAthletics.com.