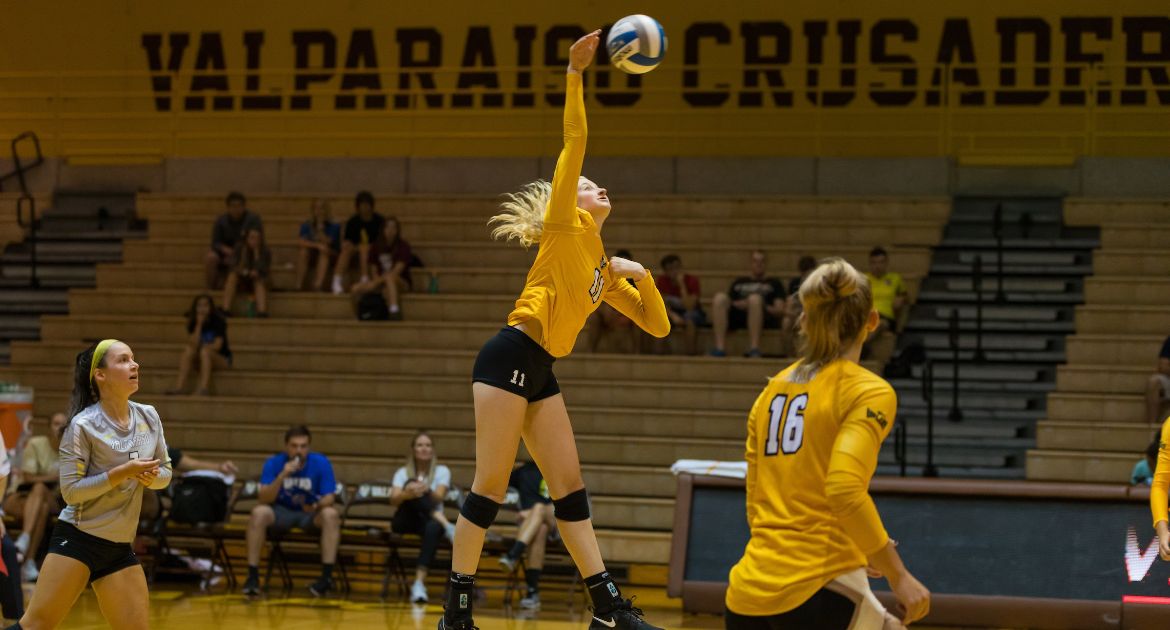 The Valparaiso University volleyball team faced its strongest test of the 2018 season on Tuesday evening in Ann Arbor, Mich., battling gamely but falling in straight sets (25-19, 25-13, 25-20) to host Michigan.

Valpo (6-2) heads out west to Colorado for the Amy Svoboda Memorial Classic, hosted by Air Force. The three-match tournament gets underway for Valpo against the hosts on Friday afternoon at 3 p.m. CT.