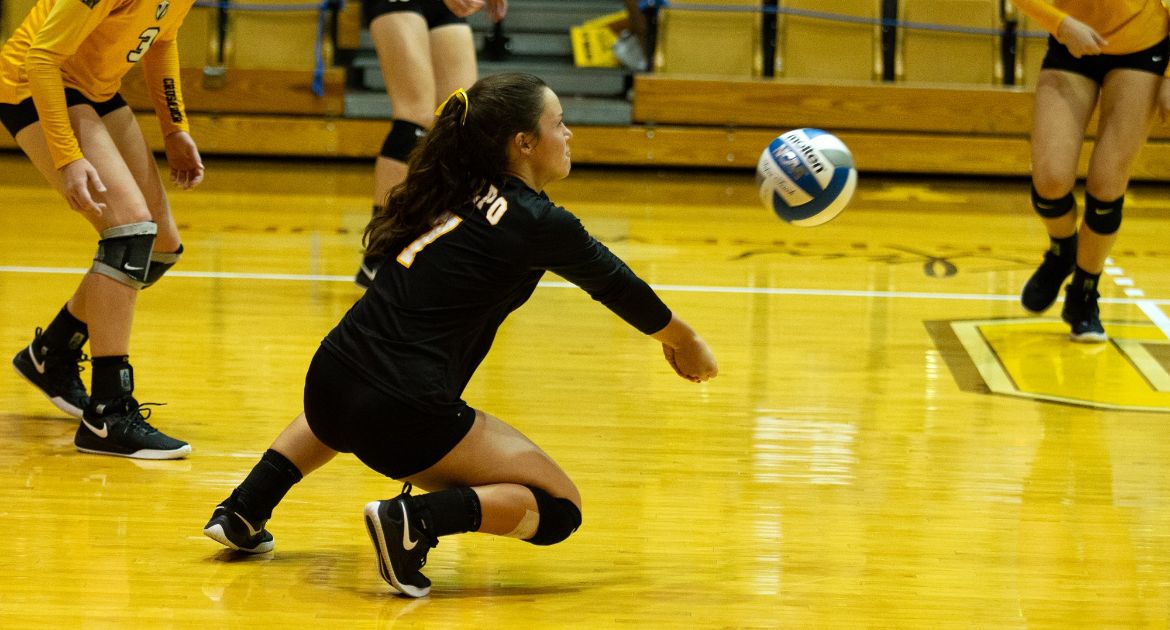 14 kills from sophomore Peyton McCarthy (Cincinnati, Ohio/Seton) and a career-best eight blocks from senior Lizzie Zaleski (Oak Lawn, Ill./Marist) led the way for the Valparaiso University volleyball team Friday evening as it opened the Crusader Classic at the ARC with a 3-1 (25-15, 25-20, 22-25, 25-20) win over Cornell.

Valpo (10-2) closes out hosting of the Crusader Classic on a busy Saturday at the ARC. Four matches in total will be held, beginning with Cornell taking on Wright State at 10 a.m. Valpo’s day begins with a matchup against Western Illinois at 12:30 p.m. The evening session features Western Illinois versus Cornell at 4:30 p.m. before the tournament concludes with a Wright State-Valpo showdown at 7 p.m. Both of Valpo’s matches will be broadcast live on ESPN+.