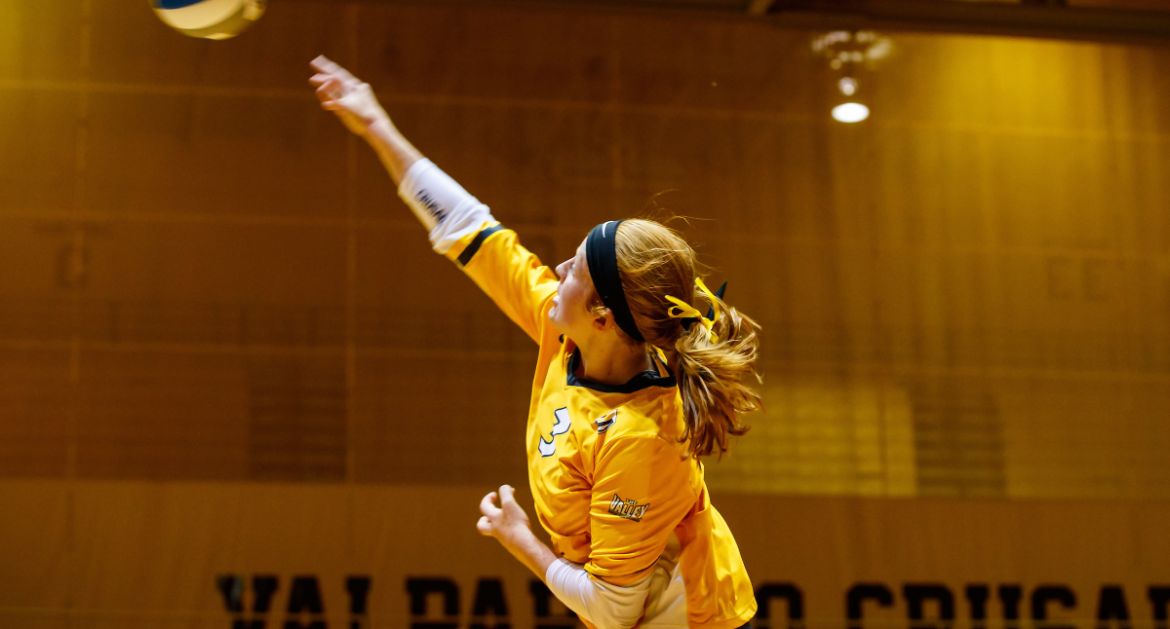 For it to happen once in one season is rare enough. For it to happen twice, against the same opponent, is almost unheard of. But Friday night in Chicago proved to be that one-in-a-million moment, as for the second time this season, the Valparaiso University volleyball team rallied from down two sets to earn a 3-2 (15-25, 22-25, 25-16, 25-20, 15-12) victory over Loyola, led by a career-best effort from senior Katherine Carlson (Lake Orion, Mich./Notre Dame Prep).

“I’m very proud of our team’s resilience tonight – especially after the way Monday’s match went, we could have easily given up tonight. I give a ton of credit to our seniors. I put a lot of pressure on them to lead after set two, and they came out and really helped turn things around.”

“I thought Haley played a big part of us coming back, and it was nice to get Peyton going as well. Katherine stood out as well – she, by far, played the best match of her career.”

“We needed tonight’s match, since the race for the final four spots in the tournament is so tight. These next two weekends are going to be very important for us as we fight for a spot to get into the tournament.”

Valpo (22-7, 9-5 MVC) returns home for its final weekend at the ARC this season next weekend. The weekend begins with a 7 p.m. match against Bradley on Friday night, Nov. 9. The match can be seen live on ESPN3.