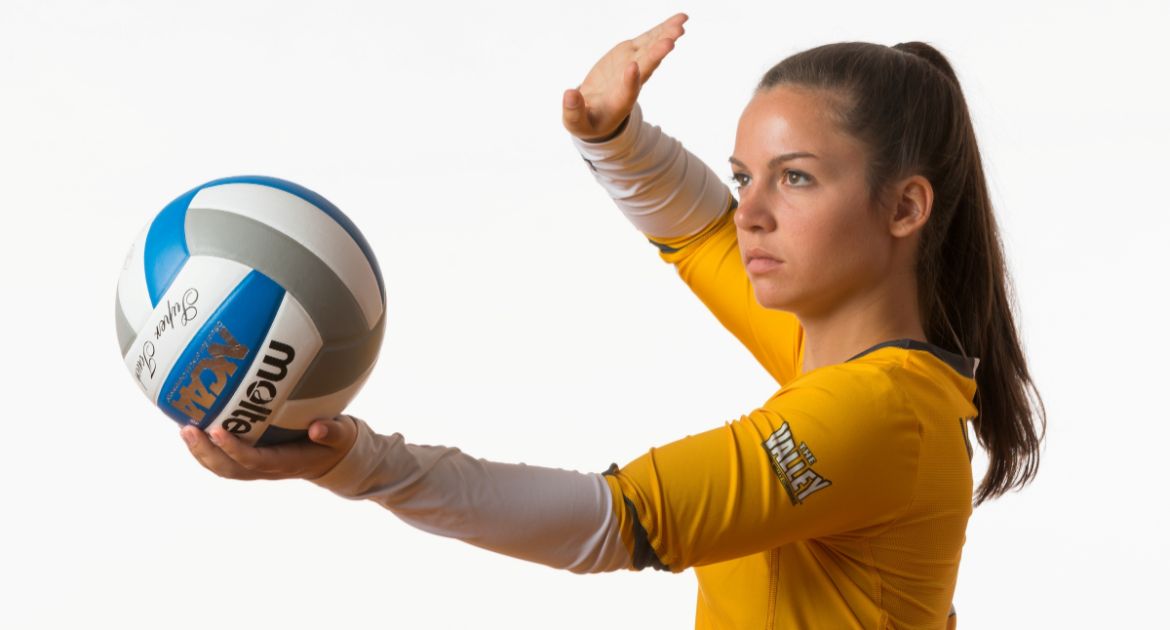 This Week in Valpo Volleyball: The Valpo volleyball team heads back on the road this weekend, making the rounds down-state for a pair of matches in MVC play. Valpo will face off with Evansville Friday night before heading up to Terre Haute Saturday evening to take on Indiana State.

Previously: Valpo opened MVC play with a pair of matches, falling on the road to Loyola and then opening the home schedule with a defeat against UNI, both in straight sets.

Looking Ahead: Valpo returns to the ARC next weekend to host Missouri State on Friday, Oct. 11 and Southern Illinois on Saturday, Oct. 12.

Head Coach Carin Avery: In her 18th season as head coach at Valparaiso, Carin Avery has won 403 matches (403-189, .681) at the helm of the Crusaders and has led Valpo to three league regular season and tournament titles, as well as three NCAA Tournament appearances. A two-time league Coach of the Year, Avery has coached 59 All-League recipients over her tenure at Valpo. She is Valpo’s all-time leader in both victories and winning percentage, and owns a 458-213 (.683) record overall as a head coach.

Series History: Evansville - The Purple Aces hold a slight 10-9 advantage in the series over Valpo, but it has been all about the Brown and Gold under Coach Avery. Valpo is a perfect 7-0 against Evansville with Avery at the helm, including wins in all four matchups since joining The Valley. Last season, Valpo earned a 3-0 victory downstate and a 3-1 victory at the ARC. Brittany Anderson combined for 76 assists in the two meetings, while Ally Cummings had one of the best efforts of her career in the home win, hitting .517 with 17 kills and five blocks.

Indiana State - Valpo trails the all-time series against the Sycamores, 14-12, but is 7-3 against ISU under Coach Avery. The two teams have split four matchups since Valpo joined the MVC prior to the 2017 campaign, with the Sycamores claiming both wins in 2017 and Valpo retorting with a pair of sweeps last season. Rylee Cookerly averaged better than seven digs per set in last year’s two wins, while Cummings hit .524 with 13 kills in the home win to cap her stellar weekend.

Scouting the Opposition: Evansville - The Purple Aces enter Friday with an 11-3 overall record and have started out MVC play with wins in two of their first three matches. Evansville is paced by two of the conference’s three most prolific offensive threats, as freshman Melanie Feliciano leads the MVC with 4.77 kills/set on .260 hitting and senior Rachel Tam ranks third with 4.43 kills/set.

Indiana State - The Sycamores currently sit at 2-11 overall and 0-3 in MVC play, and will take on Loyola Friday night before meeting Valpo Saturday evening. Four different players average between two and three kills per set, led by 2.72 kills/set from junior Nikkie White. Sophomore Melina Tedrow ranks third in the MVC with 5.11 digs/set.

Digging Deep: Each of the last two years has seen Valpo lead the nation in a digs category. Valpo led Division I in 2017 in digs/set nearly all season long, ending the year averaging 20.03 digs/set to lead the nation. Valpo’s 2017 campaign was only the second since the move to 25-point rally scoring in 2008 where a team averaged at least 20 digs/set, coming in behind only Penn’s 2012 season. Then last year, Valpo posted 2,613 digs to lead the country in total digs, setting not only a Valpo single-season record, but a Division I record in the 25-point rally scoring era. The Crusaders have a long tradition of strong defensive play, as they have ranked among the top-20 nationally in digs/set in each of the last nine seasons - including a sixth-place placement in 2015 and a fourth-place finish in 2010 in addition to 2017’s statistical championship. This year’s team currently ranks 27th nationally with 16.56 digs/set, with junior libero Rylee Cookerly ranking 47th individually.

On the Road Again: After a quick stop at the ARC for the 2019 home opener Monday evening, Valpo heads right back on the road this weekend - a place it’s quite familiar with so far this year. Valpo played its first 15 matches of the season away from home, the longest stretch of road/neutral matches to open a season since the 1996 squad started with 20 consecutive matches away from the ARC. The Sept. 30 date for the home opener marked the latest home opener since the 2008 team debuted at the ARC on Oct. 3 against Cleveland State.

New Faces on the Attack: With the graduation of so many kills from last year’s squad, new faces were needed to step up on the attack this year for Valpo. Two of those stepping into more prominent roles are junior Jaclyn Bulmahn and sophomore Jillie Grant. Neither of the duo had even reached double figures in kills once in their collegiate careers entering the season, but to date, Grant owns eight efforts of 10+ kills, while Bulmahn has reached double figures seven times. Bulmahn has paced Valpo in the kills category on six occasions, while Grant has led the team five times.

Anderson and Cookerly Continue to Produce: Juniors Brittany Anderson and Rylee Cookerly continue to rack up the assists and digs numbers at their respective positions as they hit the halfway mark of their third season at Valpo. Anderson, who currently ranks sixth in the MVC in assists/set this year, is up to fifth in program history with 3,170 career assists. That mark leaves her just 42 assists from earning a spot among the top-25 active D-I players in the category, a list which includes just one true junior. Meanwhile, Cookerly sits fourth in The Valley in digs/set and ranks sixth in program history with 1,692 career digs - a number which ranks 16th among active D-I players. In fact, outside of Cookerly, you have to go to 35th on the active leader list to find another junior.