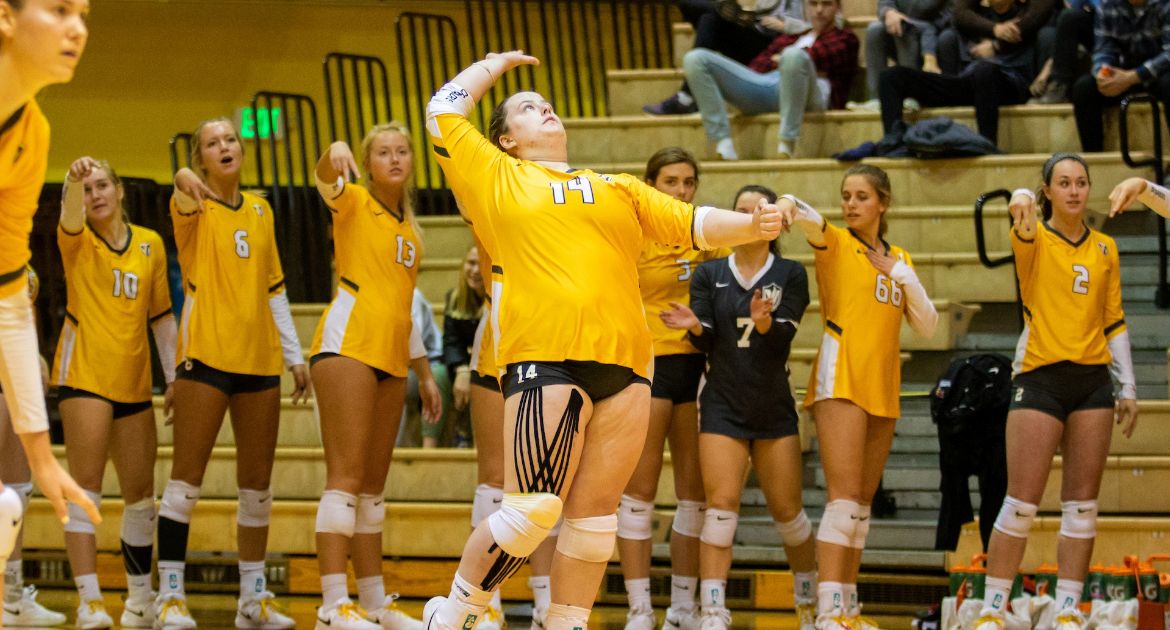 25 days ago, it was the worst possible outcome for a volleyball team: losing three sets to two after having a 2-0 lead in the match. Friday night, the Valpo volleyball team flipped the script at Drake, rallying from a two-set deficit to earn a 3-2 victory over the Bulldogs – mirroring the outcome from the teams’ first meeting of the season.