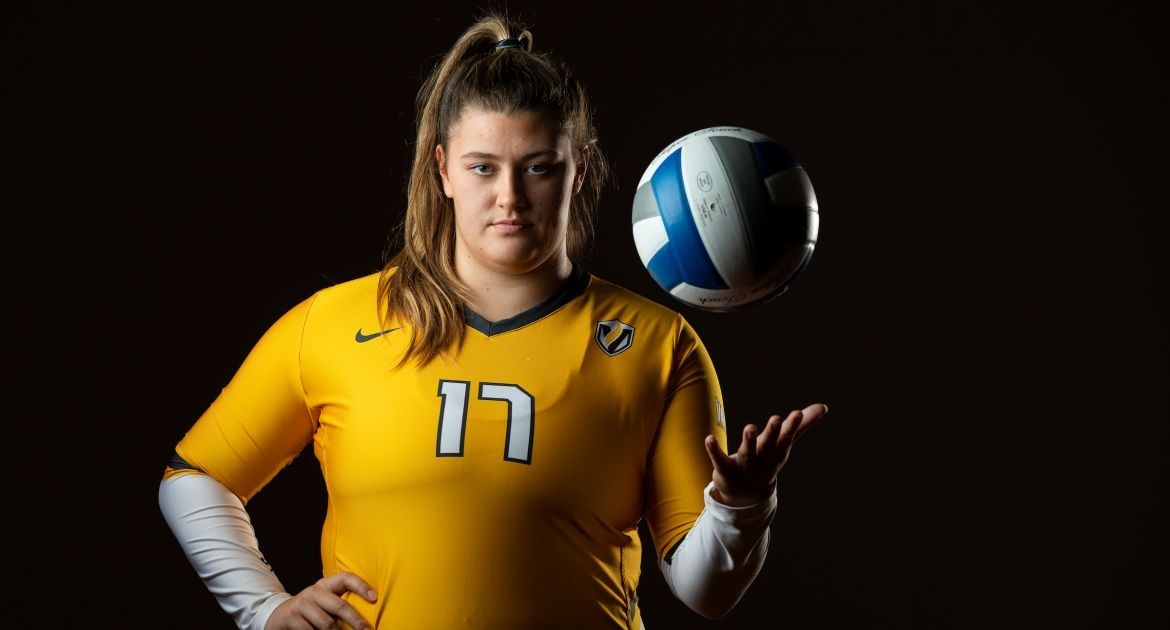 This Week in Valpo Volleyball: 423 days after departing the court following the 2019 MVC Tournament semifinal, the Valpo volleyball team is finally back in action this coming week as it kicks off its spring 2021 schedule. Valpo will jump right into MVC play with a home-and-home series against Loyola over the next two Mondays, opening the season Jan. 25 in Chicago, and will also play a neutral-site match against Butler next Friday, Jan. 29.

Looking Ahead: MVC play continues for the Brown and Gold at Missouri State Sunday, Feb. 7 and Monday, Feb. 8.

Following the Action: The season opener Jan. 25 at Loyola is slated to be broadcast live on ESPN+, while the home opener Feb. 1 against the Ramblers will be on either ESPN3 or ESPN+. There will be no live stream for the neutral-site matchup with Butler. Live stats for all three contests will be available via ValpoAthletics.com.

Head Coach Carin Avery: In her 19th season as head coach at Valparaiso, Carin Avery has won 412 matches (412-198, .675) at the helm of the Brown and Gold and has led Valpo to three league regular season and tournament titles, as well as three NCAA Tournament appearances. A two-time league Coach of the Year, Avery has coached 61 All-League recipients over her tenure at Valpo. She is Valpo’s all-time leader in both victories and winning percentage, and owns a 467-222 (.678) record overall as a head coach.

Series History: Loyola - The Ramblers hold a 29-19 advantage in the all-time series with Valpo. Valpo had won four straight matches in the series since joining the MVC heading into last season, but Loyola earned a pair of 3-0 wins last year. Ally Cummings enjoyed a strong match against the Ramblers at the ARC, hitting .357 with 13 kills.

Butler - Butler leads the all-time series with Valpo, 27-9, but it was a spirited series over the five years the two programs overlapped as Horizon League members. In that five-year stretch, both sides won six matches. Valpo earned a win in its first-ever Horizon League Tournament match in 2007 over the Bulldogs on its way to the title match, but Butler came back in 2010 and defeated the Brown and Gold in the league championship match. The two squads have not met since Butler departed the Horizon League.

Digging Deep: Valpo continued its long tradition of strong back row play in 2019, finishing the year ranked ninth nationally in total digs and 26th in digs/set. The Brown and Gold have ranked among the top-30 nationally in digs/set in each of the last 10 seasons, including leading the nation with 20.03 digs/set in 2017 to go along with a fourth-place rank in 2010 and a sixth-place finish in 2015. 2018 saw Valpo lead the nation in a digs category as well, as it posted 2,613 total digs - a mark which not only ranked first nationally for total digs, but also set a program single-season record and a Division I record in the 25-point era.

Cookerly Continues to Cook: The back row is anchored by senior libero Rylee Cookerly, who entered the 2020-21 season as the NCAA Division I active leader in career digs with 2,092 digs - 299 more digs than any other D-I player in the nation. The MVC Libero of the Year and an AVCA Honorable Mention All-Region selection last year, Cookerly ranked ninth nationally last year with 667 total digs - a mark which is ninth-best in Valpo history and 14th in MVC history. Cookerly became just the third player in MVC history to tally at least 600 digs in each of her first three seasons and ended the campaign already fourth in Valpo history and 10th in MVC history in career digs. A strong performer in the classroom as well, Cookerly owns a 3.97 cumulative GPA as a nursing major and was a CoSIDA First Team Academic All-District honoree last year.

McCarthy Gets It Done Up Front: Senior middle Peyton McCarthy joins Cookerly as a returning First Team All-MVC honoree on this year’s squad. McCarthy paced Valpo in kills (362; 2.85/set), blocks (114) and hitting percentage (.260) last year, ranking seventh in the MVC in the latter category. She led Valpo in both kills and blocks 16 times last year and reached double figures in kills on 21 occasions. McCarthy became the first Valpo player to lead the team in both kills and blocks in the same season since 2012.

A Sister Act: While the vast majority of the team is back from last season’s squad which closed the year in the MVC Tournament semifinals, this year’s team does have a pair of freshmen, one of whom has a familiar last name. Freshman setter Victoria Bulmahn starts her collegiate career this year alongside her sister, senior outside hitter Jaclyn Bulmahn. They are the first pair of sisters to suit up simultaneously for the volleyball program since Rae Ann and Renee Kwiatkowski in 1986 and 1987.