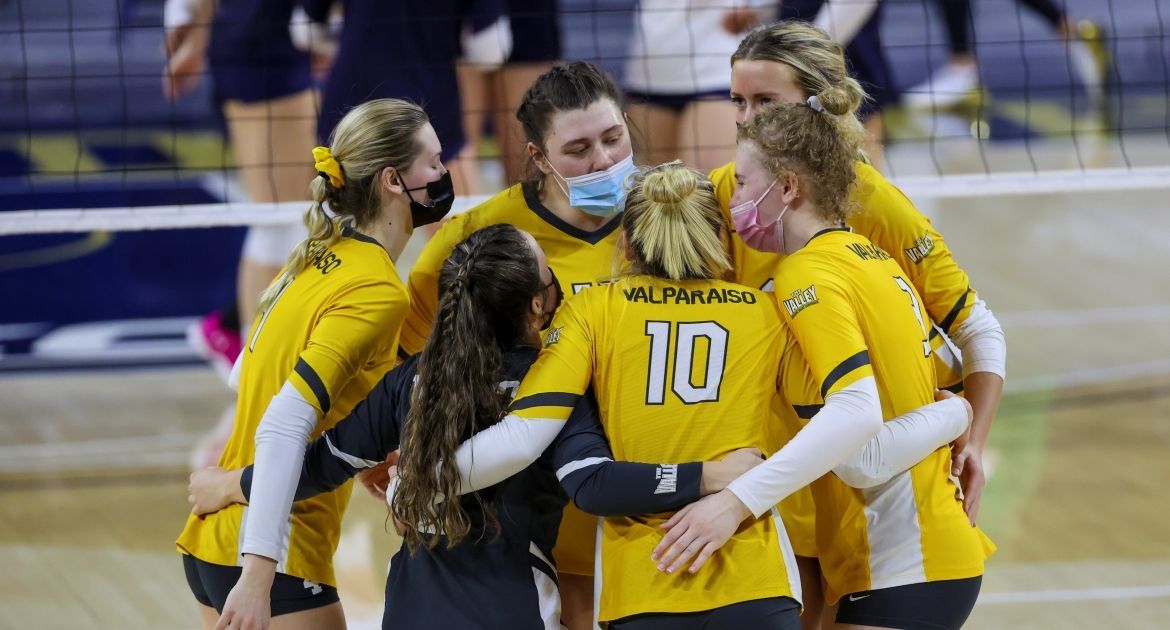 The Valpo volleyball team gave #13 Notre Dame all it could handle in a non-conference road matchup on Thursday afternoon, winning back-to-back sets after dropping the first set, but in the end, it was the Fighting Irish who earned a 3-2 (25-14, 19-25, 22-25, 26-24, 15-10) victory. Senior libero Rylee Cookerly (Brownsburg, Ind./Brownsburg) tallied 40 digs, one of the top efforts in the category in the nation this season and tied for the most in a five-set match in program history.

Valpo (3-5, 2-4 MVC) returns to conference play this weekend with matches Sunday and Monday at Illinois State. Both contests are slated for a 4 p.m. first serve and will be broadcast on ESPN3.