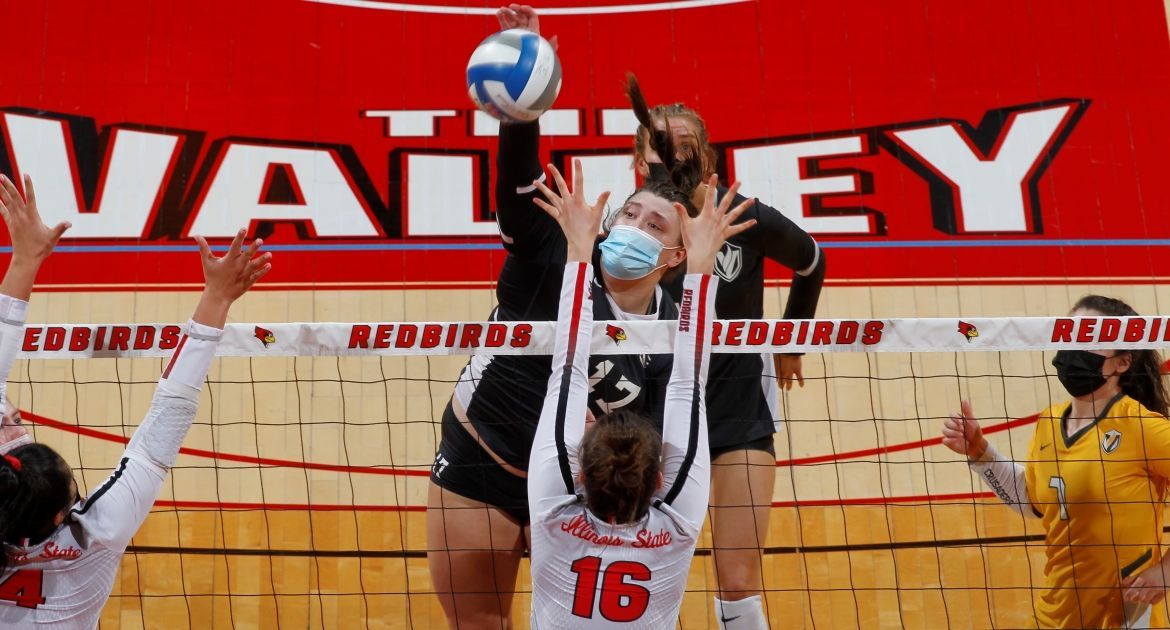 The Valpo volleyball team returned to MVC play Sunday in Normal, Ill. with the first of back-to-back matches at Illinois State, but despite evening the match with a second-set victory, it eventually fell to the host Redbirds by a 3-1 (25-12, 24-26, 25-12, 25-21) final. During the match, senior Rylee Cookerly (Brownsburg, Ind./Brownsburg) moved into second position in program history and fifth all-time in MVC history in career digs.