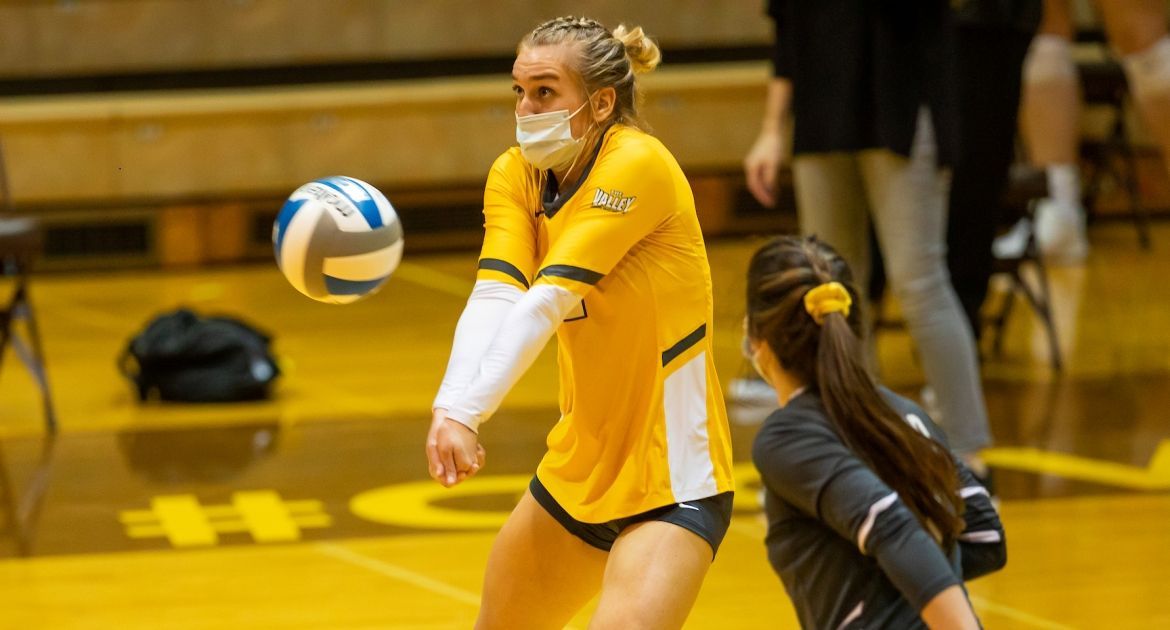 It doesn’t matter whether they’re playing in the fall or in the spring, you always know what you’re going to get from the Valpo volleyball team — a scrappy, blue-collar squad who will fight to keep every attack from hitting the ground and will battle to win every point. On Monday evening in Des Moines, the Brown and Gold took that to another level, as Valpo held off four Drake match point chances in the fourth set and then rallied from down 8-3 in the fifth set to earn a thrilling 3-2 (25-17, 22-25, 18-25, 29-27, 15-13) victory over the Bulldogs to earn the series sweep. Over the course of the five sets, Valpo recorded 134 total digs to set a program record — not just for the 25-point era, but for any match in the rally-scoring era.

Valpo (6-6, 5-5 MVC) will return to the friendly confines of the ARC for six straight matches after playing its last five on the road. The home stretch starts next Sunday and Monday, March 7 and 8, versus Bradley. Sunday’s match will start at 3 p.m. and Monday’s at 4 p.m., with both contests slated for broadcast on The Valley on ESPN.