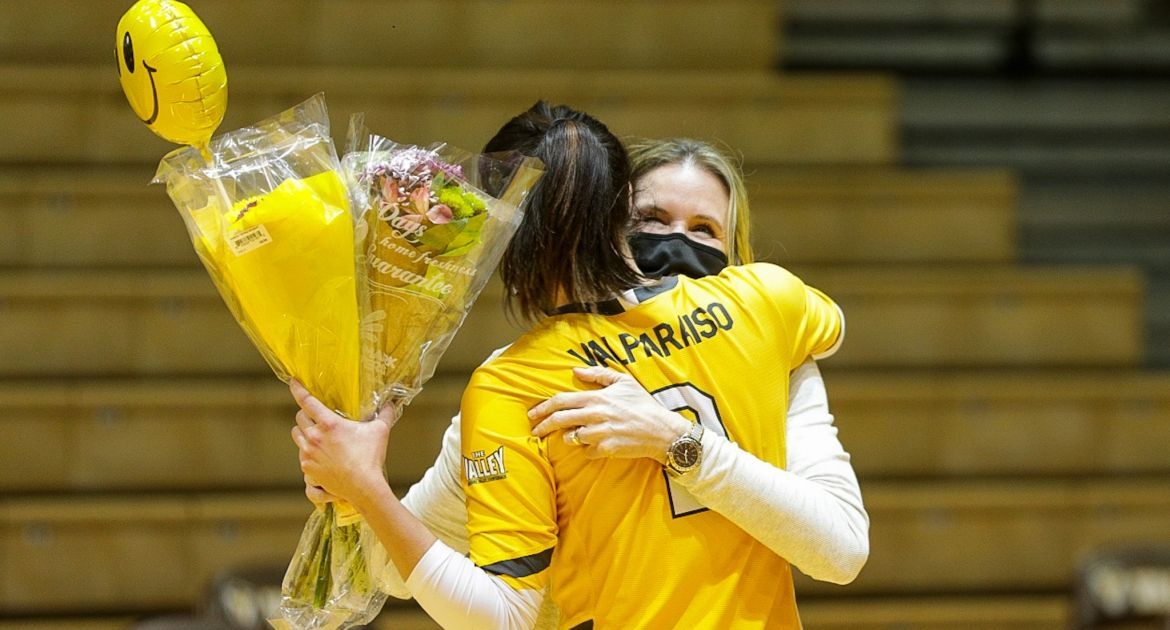 The Valpo volleyball team made it seven wins in its last eight matches Sunday afternoon at the ARC, sweeping Indiana State (25-21, 25-12, 25-22) to kick off its final weekend of home matches and secure a berth in the MVC Tournament. Sunday marked the start of Senior Weekend, as the program recognized senior Melissa Flynders (Mokena, Ill./Providence Catholic) following the match, while fellow senior Jaclyn Bulmahn (McCordsville, Ind./Mt. Vernon) tied Valpo’s record for kills in a three-set match in the 25-point era with a dominant 20-kill performance.

Having secured a berth in the MVC Tournament with Sunday’s win, Valpo (10-7, 9-6 MVC) looks to move up the standings in its final three matches, starting 4 p.m. on Monday afternoon in the series finale with the Sycamores. The match will be broadcast live on ESPN+, and following the match, Valpo will honor Cummings and Jaclyn Bulmahn after the final match at the ARC in their respective careers.