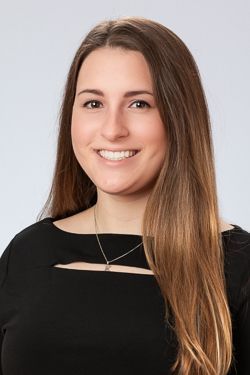 Dominique Doseck enters her first season as the program's director of basketball operations in 2021-22. After finishing her playing career at Ohio University in 2018-19, Doseck joined Valpo’s staff as a graduate assistant for the 2019-20 campaign and spent two years in that role before being named DOBO in the summer of 2021.

Doseck earned Academic All-Mid-American Conference honors for the third straight season following her senior year after ranking second in the conference and 50th in the nation in 3-point percentage at 39.0. She started all 36 games for the Bobcats and averaged 10.0 points per game. Doseck was named the MAC East Player of the Week after posting a career-high 27 points with five 3s at American on Dec. 29.

Valpo head coach Mary Evans was an assistant at Ohio for the first three years of Doseck’s playing career. She started all 31 games as a junior after playing in 28 games as a sophomore and 31 as a freshman. The Athens High School graduate and Athens, Ohio native earned her undergraduate degree in sports administration from Ohio.