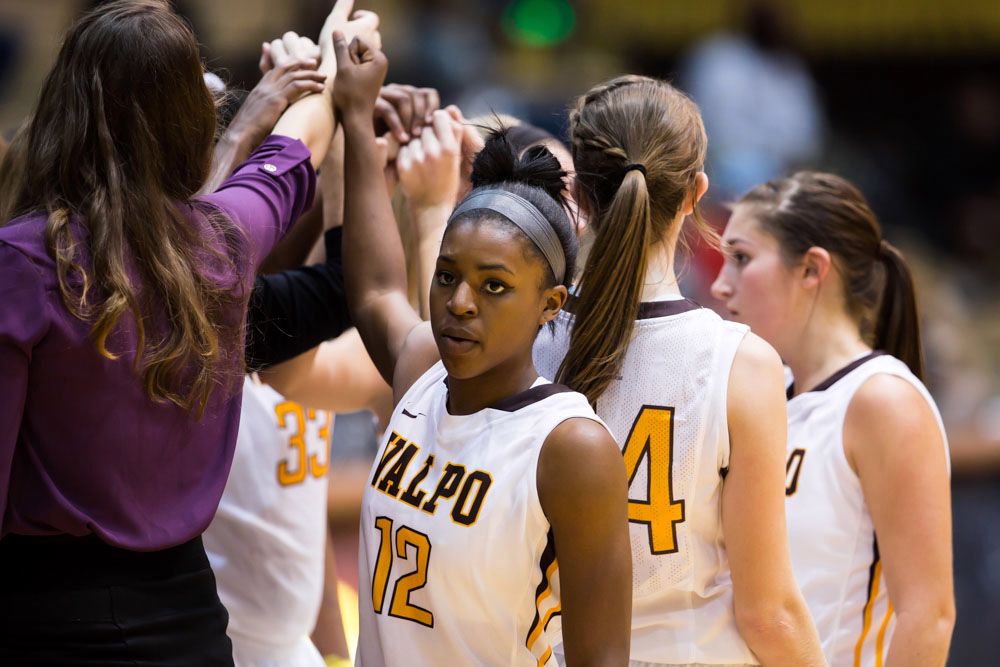 Next Up in Crusader Basketball: The Crusaders begin a five-game road trip Sunday that takes them to Tennessee, Florida, and Ohio. Valpo will take on the Golden Eagles of Tennessee Tech Sunday afternoon before heading to Miami for the week of Thanksgiving. The Brown and Gold will log 3,080 travel miles before playing its next home game.

Last Time Out: Valpo held its home opener Thursday night against a team it historically has had success against in the past. However, IUPUI took advantage of a quality, deep bench as the Jaguars handed the Crusaders an 84-51 loss. Thursday represented just the second time IUPUI has recorded a win at the ARC since the series began in 1980.

Following the Crusaders: Audio - WVUR (95.1 FM, Valparaiso) - Joey Basil (play-by-play) and Brad Collignon (color).
Links for the audio, video, as well as live stats will be available at ValpoAthletics.com. In addition, ValpoGameday.com is a one-stop shop for live video, stats and social media interaction, all on the same page.

Head Coach Tracey Dorow: Tracey Dorow (11-24) is in her second season at the helm of the Valparaiso women’s basketball program in 2013-14. In her first season, Dorow led the Crusaders to eleven victories overall, including five in Horizon League play. Dorow arrived in Valparaiso after 14 seasons at Ferris State. She compiled a 232-163 record while with the Bulldogs. Furthermore, Ferris State posted the #1 grade point average in all of Division II for the 1999-2000 women’s basketball season as well as the #2 ranking in 2002-2003.

Series Notes: Sunday will be the first ever meeting on the hardwood between Valparaiso and Tennessee Tech. The Crusaders are 4-2 all-time versus teams from Tennessee. This is Valpo’s first trip to the Volunteer State in over 10 years. The Brown and Gold’s last game in the state of Tennessee was on January 6th, 2003 when they lost a 57-56 heartbreaker to Lipscomb. That season eventually saw the Crusaders win the Mid-Con Tournament and make an appearance in the NCAA Tournament.

Storylines...
- Valpo embarks on a five-game road trip beginning Sunday in Tennessee.
- Thursday’s loss was only the Crusaders’ third in their last nine home openers.
- It’s been feast or famine for the Golden Eagles: none of their first three games have been decided by fewer than 45 points.
- Tennessee Tech will head to Las Vegas after its game with the Crusaders, as the Golden Eagles will play in the South Point Thanksgiving Classic.
- Valpo, on the other hand, will jet to Miami to prepare for the FIU Thanksgiving Classic.
- The Golden Eagles won 19 games last season before losing in the OVC Tournament Championship Game to UT-Martin.

Abby Dean
- Owns the team lead in total points scored so far this season (38).
- Has missed just once on 11 attempts from the free-throw line.
- Registered a career-high 13 points at Illinois on Nov. 12th, 2013.
- Scored first collegiate points at historic Cameron Indoor Stadium last November.
- Made collegiate debut on November 14th versus Purdue-Calumet.
- Tossed in 11 points versus Western Michigan in 19 minutes last December.

Liz Horton
- Scored 11 points off the bench in back-to-back games versus Illinois and #6 Notre Dame.
- Averaging 8.3 points in 17 minutes/game.
- Appeared in 30 games for the Brown and Gold a season ago.
- Named Crusaders’ Most Improved Player in 2012-13.
- Scored 19 points, including 3-for-3 shooting from behind the arc, at Western Michigan on Dec. 19th.

Jessi Wiedemann
- Leads team in blocks (4), three-pointers (5), and minutes played (35.5).
- Her 35.5 minutes/game average is tied for the third-most in the Horizon League.
- Snapped a season-starting 0-14 slump from behind the arc at #6 Notre Dame, nailing three treys in a nine-point game.
- Played all 40 minutes in the season opener at Saint Louis on Nov. 10th, 2013, and set career highs in blocks (4) and steals (3) while scoring six points.
- Appeared in all 31 games including four starts as a freshman for Coach Dorow.
- Made collegiate debut versus Indiana
- Scored 13 points off the bench versus Detroit on Mar. 9th, 2013.
- Knocked down five three-pointers in Valpo’s exhibition win over Saint Joseph’s this past Tuesday.