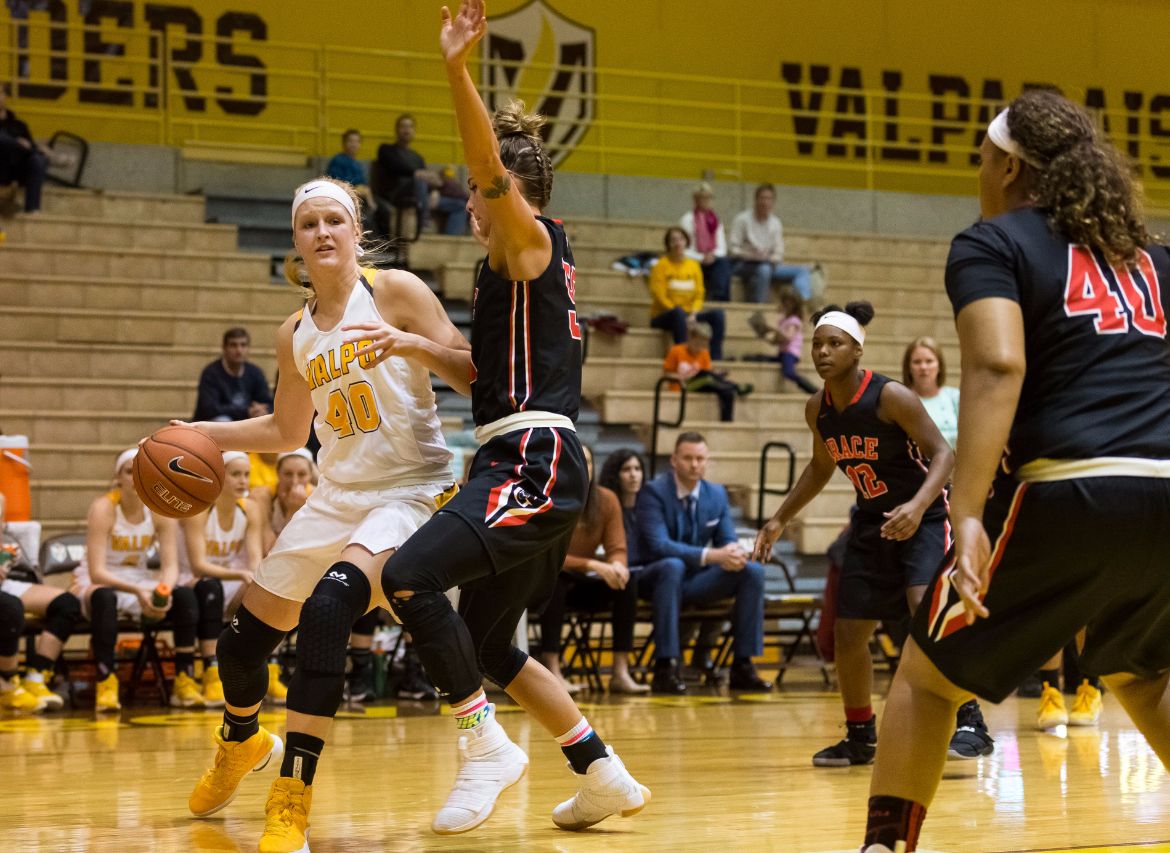 Caitlin hit double figures for the first time in her Valpo career with 10 points on Saturday.
Grace at Valparaiso | December 10, 2016

The Valparaiso University women’s basketball team dispatched Grace College 71-49 on Saturday afternoon at the Athletics-Recreation Center. The Crusaders improved to 5-4 on the season, achieved their best nine-game start since 2005-2006 and equaled their best nine-game start since 1999-2000. Valpo was led in scoring by Dani Franklin (Cedar Rapids, Iowa / George Washington) and Amber Lindfors (Elk Grove Village, Ill. / Elk Grove), who poured in 17 points apiece.

The Crusaders (5-4) will hit the road on Saturday evening and return to the court on Sunday at 1 p.m. Central Time against Indiana at Assembly Hall in Bloomington. The game will be available via BTN Plus (subscription only) and can be heard on Valparaiso’s flagship radio station, 95.1 FM Valparaiso. Jordan Morandini will have the radio call, with Brandon Vickrey providing color commentary. Links to live video, audio and stats will be available on ValpoAthletics.com.