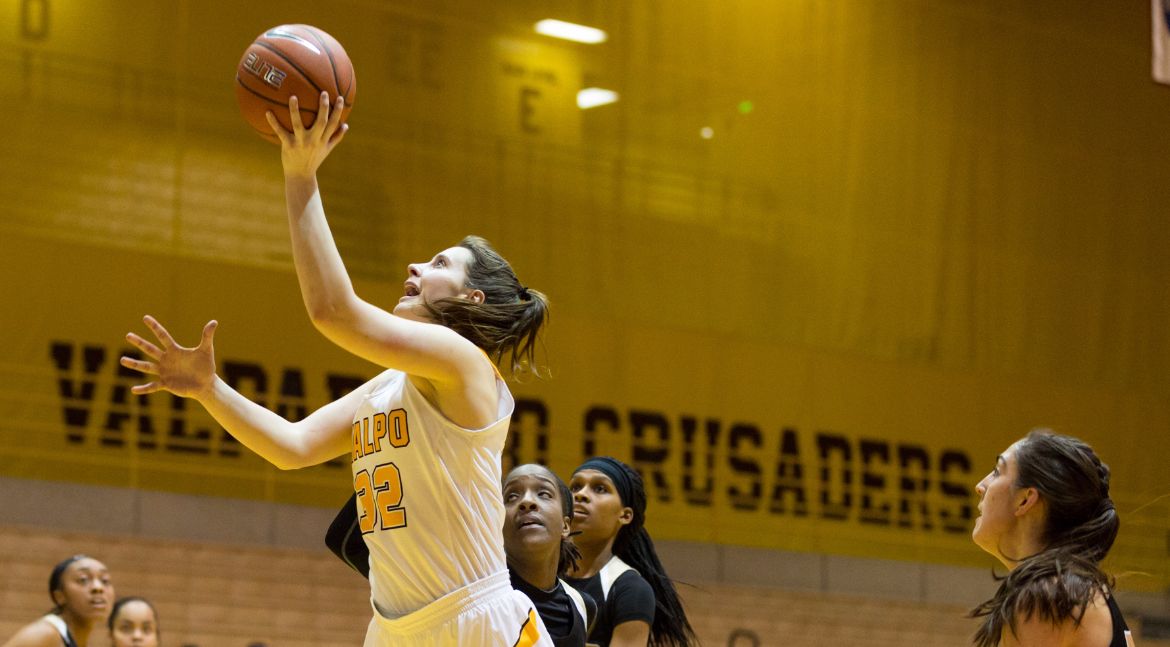 Next Up in Crusader Basketball: The Valparaiso University women’s basketball team will try to get back on track on Saturday afternoon as it welcomes Detroit Mercy to the Athletics-Recreation Center. Both squads are attempting to bounce back after the Titans suffered a surprising 63-62 loss to UIC on Thursday night in Chicago.

Last Time Out: The Crusaders made 13 first-quarter turnovers on Thursday night in an eventual 98-60 loss to Oakland. The tone was established early when the Grizzlies led 29-13 after one quarter and had scored 20 of their 29 points off turnovers. Freshman Grace Hales was the only Crusader in double figures with 11 points, while fellow rookie Maya Meredith chipped in seven points and four assists, both career watermarks.

Following the Crusaders: Saturday’s game and every game for the remainder of the season can be seen on ESPN3, WatchESPN and the ESPN app. In addition, a live radio broadcast will be available on 95.1 FM Valparaiso, WVUR. Links to live video, audio and stats will be available on ValpoAthletics.com.

Series Notes: The two teams faced off on Dec. 29 for this season’s Horizon League opener, a game that saw Detroit Mercy outscore Valpo 30-6 in the third quarter and win the game 85-60. The Crusaders limited Horizon League Preseason Player of the Year Rosanna Reynolds to seven points and no made field goals, her first game without a made field goal since her freshman season. However, Brianne Cohen paced the Titans with 22 points, while Anja Marinkovic poured in 16 off the bench. The Crusaders were plagued by 19 turnovers. That win allowed the Titans to boost their edge in the all-time series to 16-10. Valpo knocked off Detroit Mercy 94-91 in last year’s Horizon League quarterfinals.

Motor City Madness Bracket Watch: With only three regular season games remaining, the picture for next month’s Horizon League Tournament in Detroit is becoming clearer. The Crusaders are now locked into a first-round game on Friday, March 3 as they will finish somewhere between seventh and 10th. The No. 7 seed will play the No. 10 seed, while the No. 8 and 9 seeds square off. The Crusaders are tied with UIC for ninth with one meeting between the two teams remaining. The Crusaders are two games in back of eighth-place Northern Kentucky and three behind seventh-place Youngstown State.