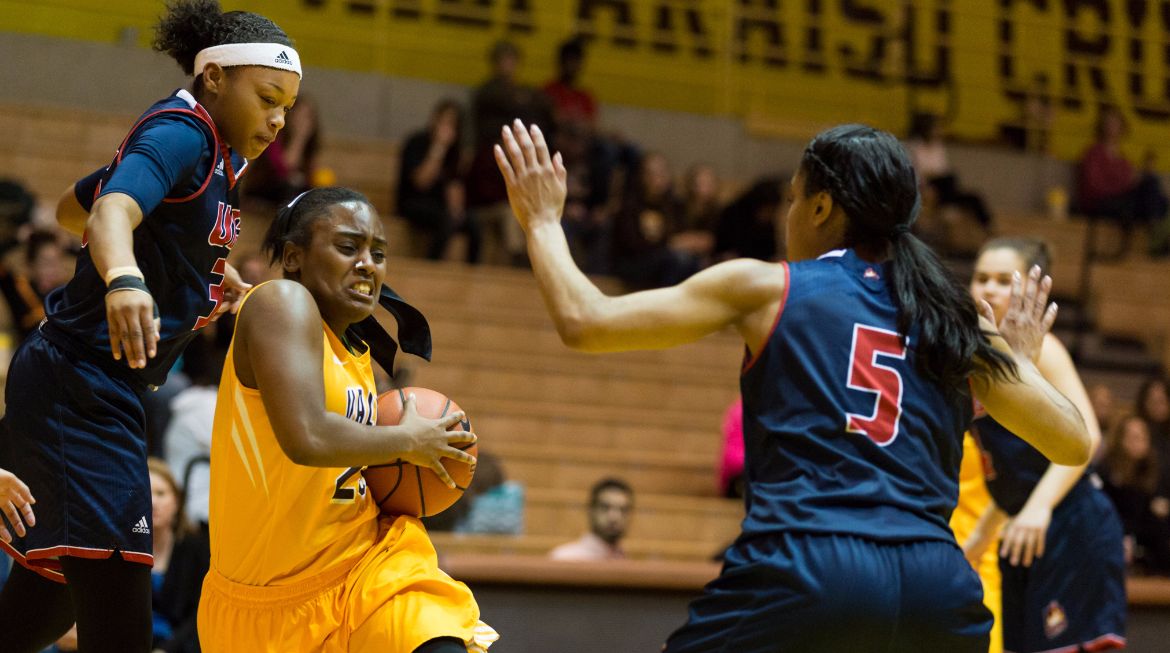 Imani Scott-Thompson made her first career start on Saturday.
UIC at Valparaiso | February 25, 2017

The Valparaiso University women’s basketball team ended the regular season on a positive note for the second consecutive year, defeating UIC 72-63 on Saturday afternoon at the Athletics-Recreation Center. In the process, the Crusaders latched down the No. 9 seed in the Horizon League Tournament and a date with No. 8 Youngstown State in the first round.

The Crusaders will play Youngstown State in the first round of the Horizon League Tournament on Friday, March 3 at 1:30 p.m. CT. The game can be seen on ESPN3 with Andy Masur handling play-by-play. The hometown call is available on 95.1 FM Valparaiso with David Horak (play-by-play) and Renee’ Turpa (color commentary). Links to live video, audio and stats will be available on ValpoAthletics.com.