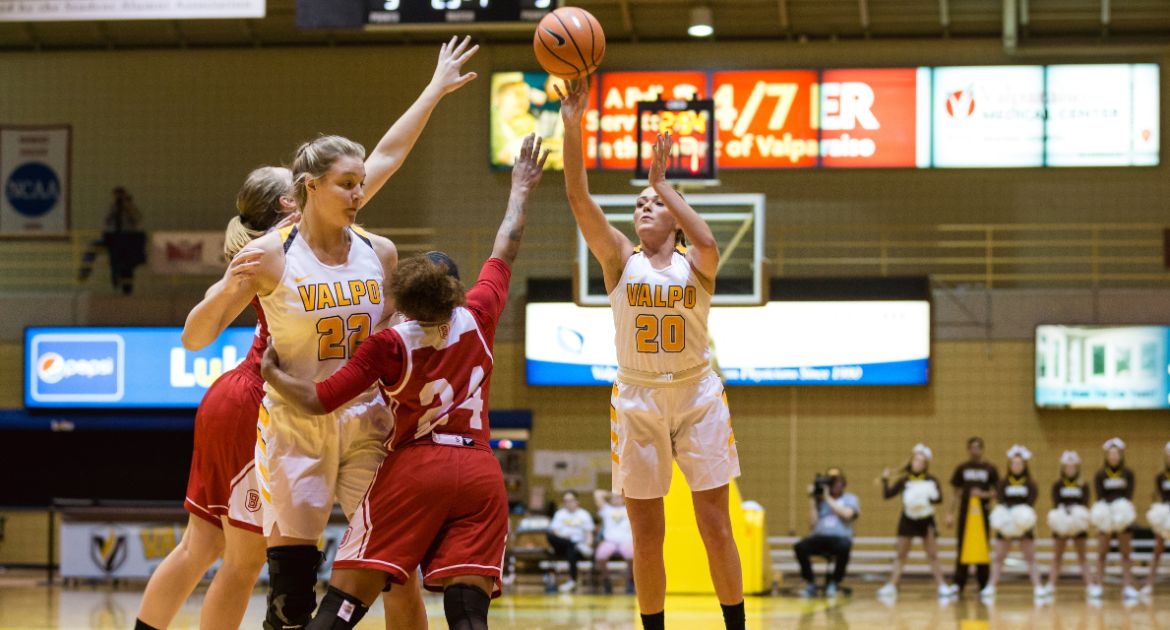 Nicole Konieczny poured in a career-high 18 points to lead the Crusaders in scoring on Sunday.
Bradley at Valparaiso | January 07, 2018
Related Links
Related Links

On Bradley: “Bradley is an extremely physical team that plays tough, and we didn’t handle that very well. We didn’t initiate contact, and when we did initiate it, we did so with our arms and got called for a lot of fouls. Unfortunately for us, that put them at the free-throw line a lot and they knocked those down.”

On Consistency: “A lot of it is about focus and concentration. We turned the ball over a number of times and we missed some shots as well. We can’t have both of those things happening at the same time. On top of that, we didn’t defend the way we did in our previous game.”

On Konieczny: “She was aggressive. We wanted her to take shots and we talked to her this week about how we’re going to be more successful with her scoring. She took more shots and knocked down quite a few of them. I’m really proud of her for what she did, now we just have to get better on the defensive end. We scored almost 70 points and lost. Regardless of how well she played, we still lost as a team, and I know she’s disappointed and so are we.”

The Crusaders will round out the longest homestand of the season on Friday at 7 p.m. CT as Loyola comes to the Athletics-Recreation Center. The Crusaders and Ramblers are conference foes once again after previously sharing Horizon League affiliation. The game can be seen on The Valley on ESPN3 with Scott Warmann (play-by-play) and Laura Leonard (color commentator) describing the action. The game can also be heard on 95.1 FM Valparaiso. Links to live video, audio and stats are available on ValpoAthletics.com.