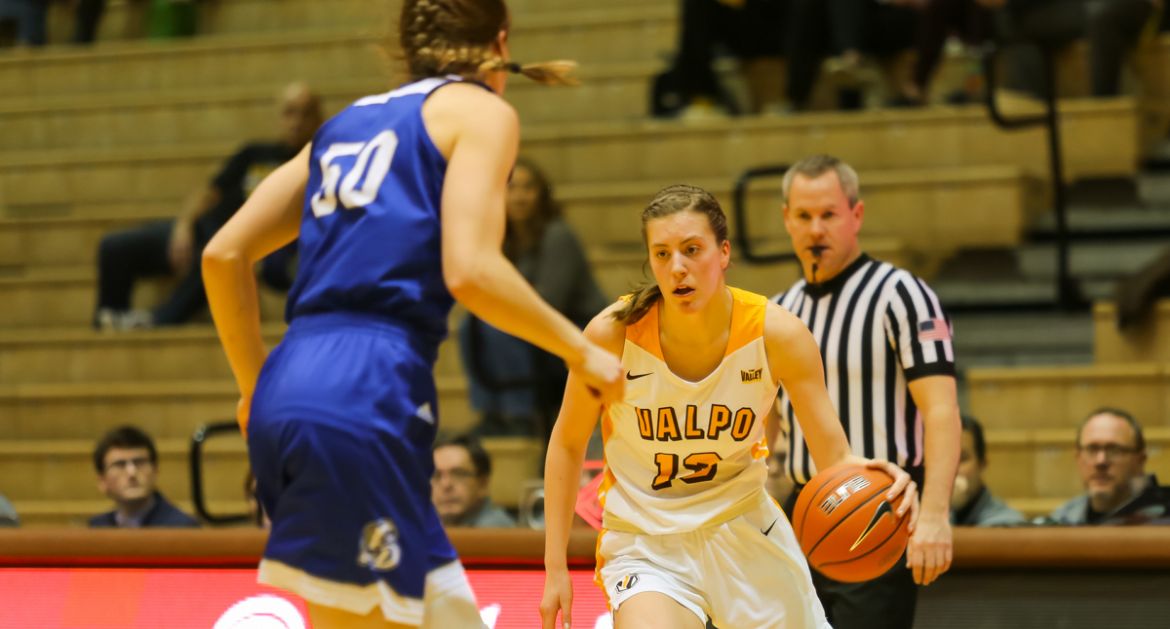 “I thought the biggest piece of what hurt us today was not taking care of the basketball. You can’t beat a team like Drake turning the ball over 23 times. If we held that number at 10-12, it could have been a different game. Things got away from us offensively in the second quarter. We came back out, regrouped, and played a good second half. There are a lot of positives in the game, we just need to put it all together and play for 40 minutes.”

“They run a matchup zone, so it’s hard to get inside against that zone. When you do, people are collapsing on you. The right play is to shoot the 3 against them. We had some really good drives, we just didn’t make shots. We’ve got to do a better job moving forward of having our players who are driving the basketball prepared to make those shots.”

“When Ella can get her feet set, she’s one of the better shooters on our team. She became the recipient of a lot of hard work the rest of our team did moving the basketball and she did a great job of knocking them down. I’m really impressed with how she’s shooting the basketball."

“We’ll come in and correct a few things that we did tonight. UNI will play a 5-out offense as well, but it will be predicated on dribble penetration, so getting ready for that will be a focus in practice tomorrow.”

Valpo will round out the four-game homestand by welcoming UNI to the ARC on Sunday at 11 a.m. That game will be the front end of a women’s-men’s doubleheader that also features the Valpo men’s squad hosting Loyola at 3 p.m. to round out a full day of hoops. The women’s game will not have video streaming due to the men’s ESPNU telecast, but it can be heard as always on 95.1 FM Valparaiso and online on ValpoAthletics.com.