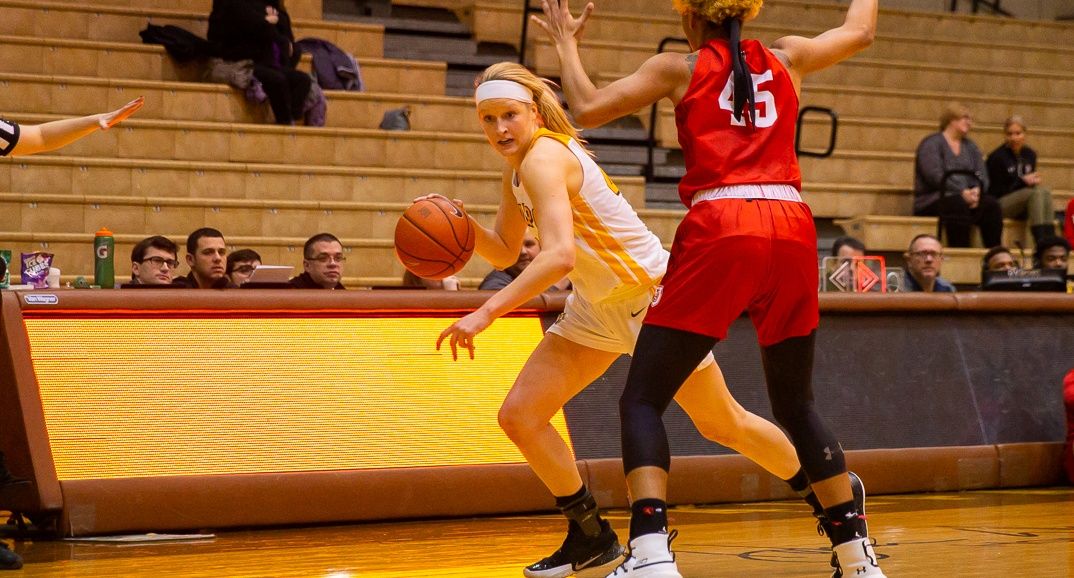 The challenging run through the Missouri Valley Conference continued Sunday afternoon at the ARC for the Valpo women’s basketball program, as first-place Bradley – which entered the day among the top-80 nationally in RPI – paid the Brown and Gold a visit. Valpo hung tough with the Braves, trailing by just four at the half, but Bradley eventually pulled away in the second half for a 75-61 win. Junior Caitlin Morrison (Glenview, Ill./Glenbrook South) led Valpo and set a career high with 15 points in the losing effort.

“There’s some positives we can take away from today. We did a better job defensive rebounding again, which is something we've been harping on. I thought our players did a nice job really trying to get some drives to the basket; it just didn't seem like we could either get them to fall or get the contact we were looking to draw.”

“Caitlin's getting more comfortable in how we want to play. It's a lot like being a freshman: just trying to figure out the screening action, when to drive and when not to drive, how to move, and all the different things we talk about within the offense. I think she's starting to figure things out, starting to figure out her shot - she's such a good shooter, I hate to watch her go through some of the struggles during games, because I watch her in practice shoot the ball at a really high rate. As she gets more comfortable and her timing gets better, those shots will start to fall for her.”

Valpo (10-7, 2-4 MVC) concludes its three-game homestand next Friday evening when it hosts Loyola at 6 p.m. That game will be broadcast live on ESPN+.