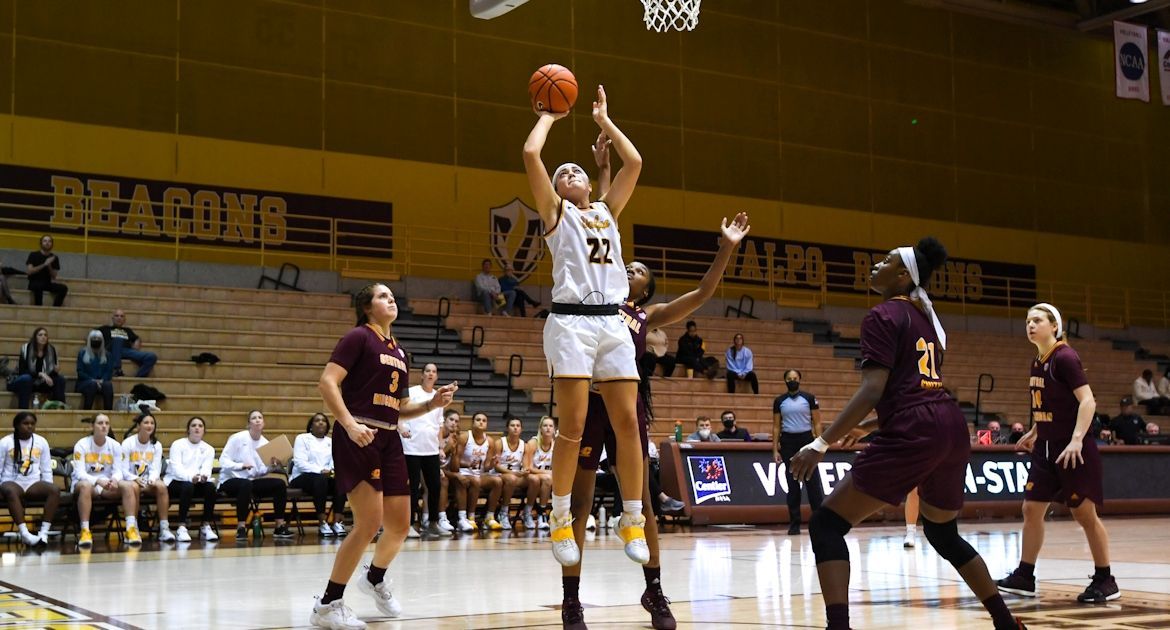 The Valpo women’s basketball team had a 10-point third-quarter lead against defending MAC Tournament champions Central Michigan at the ARC on Sunday afternoon and still led by five with 10 minutes to play, but the Chippewas outscored the Beacons by nine in the fourth quarter to earn a 65-61 victory. Sophomore Leah Earnest (Stevens Point, Wis./SPASH) had a career day, pouring in 17 points off the bench.

One season ago, Valpo defeated two Big Ten teams on the road and took a third to overtime. Tuesday, this year’s squad will have its own opportunity to claim a B1G victory, as the Beacons head to Michigan State. Tipoff is slated for 6 p.m. CT, and the game can be seen live on BTN+. Valpo’s radio broadcast will be available on WVUR, 95.1 FM, and on the TuneIn app.