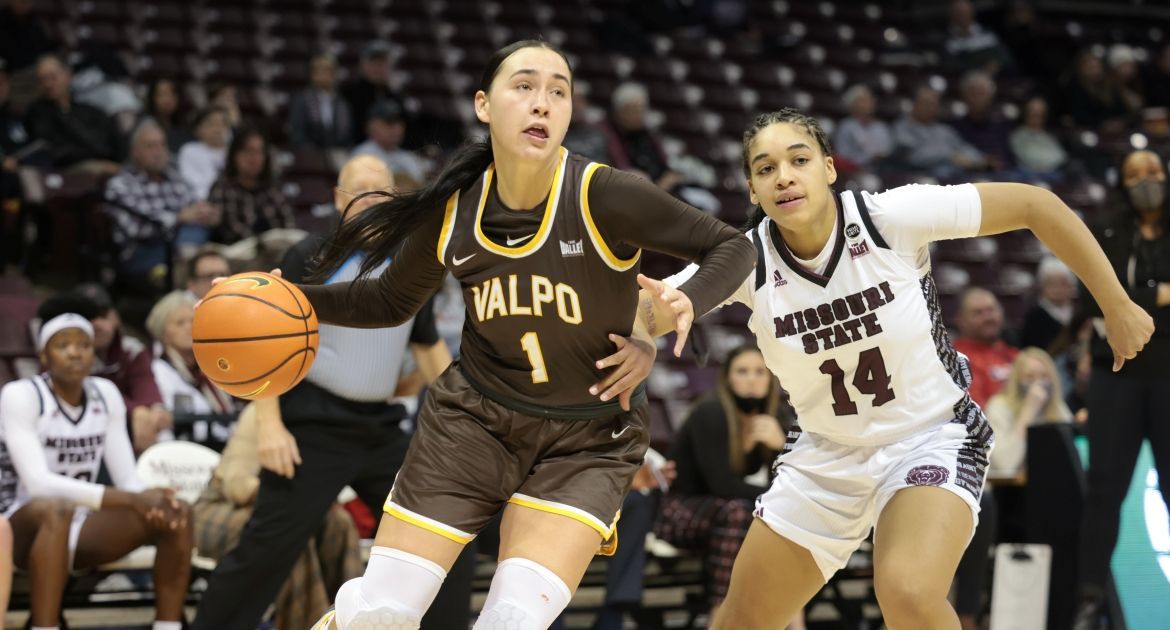 The Valpo women’s basketball team knocked down 11 3-pointers on Sunday and held a Missouri State team receiving votes in both national top-25 polls to under 30% shooting, while Olivia Brown (East Grand Rapids, Mich./East Grand Rapids [St. Bonaventure]) enjoyed her best game in the Valpo uniform. The Lady Bears came out victorious in the end, 74-62.

Valpo (2-11, 0-2 MVC) returns home to the ARC next weekend to host a pair of games, beginning with a matchup against UNI Friday evening at 6 p.m. The game is part of the conference-selected Valley on ESPN package and can be seen live on ESPN3, with Connor Onion and Laura Leonard on the call. All spectators and workers in attendance must wear masks per University policy.