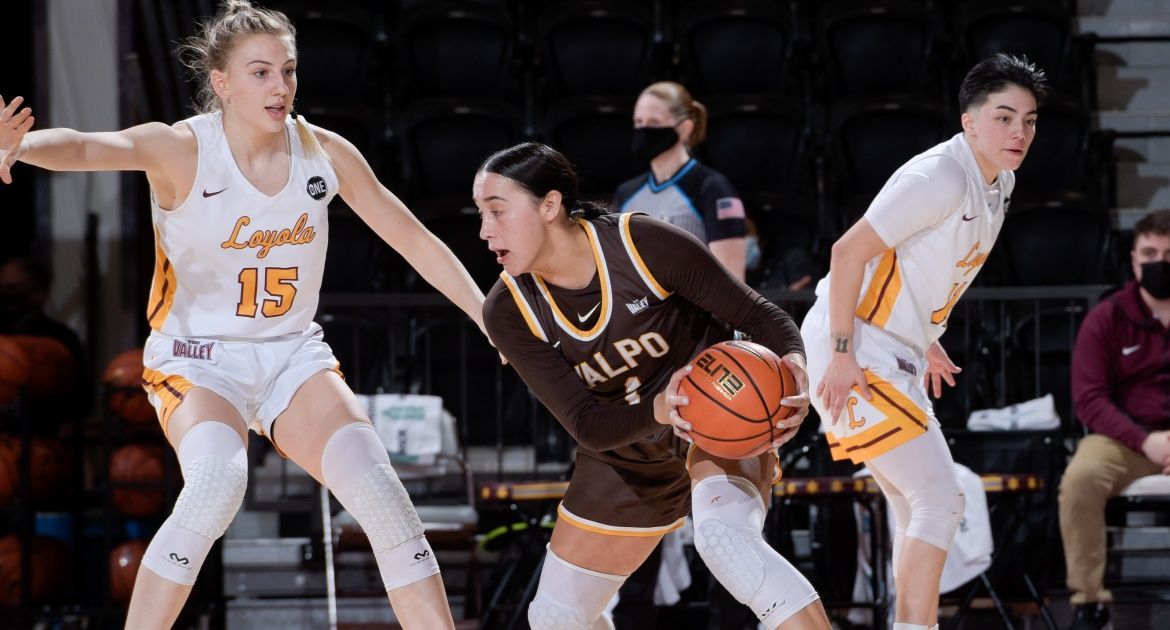 The Valpo women’s basketball team couldn’t overcome a cold shooting night from the floor as it reached the halfway mark of the MVC schedule Friday night at Loyola, falling to the host Ramblers by a 62-48 final.