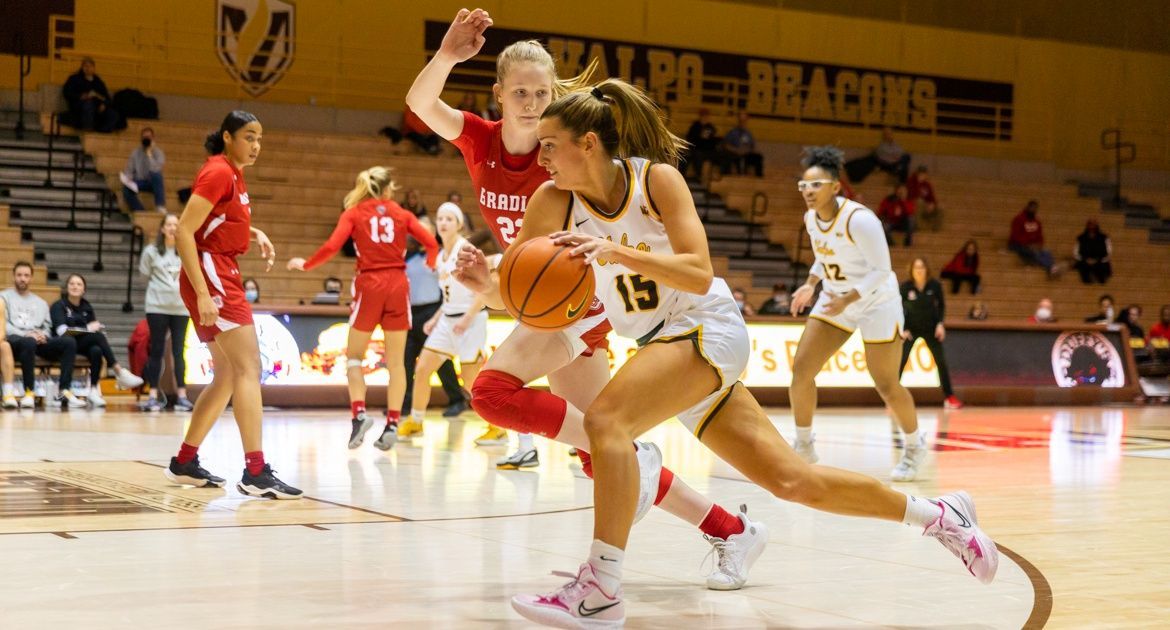 Carie Weinman scored 13 of her 19 points in the fourth quarter Thursday.
Bradley at Valparaiso | February 10, 2022

The Valpo women’s basketball team has made a habit of being able to rally from double-digit deficits to earn wins, and Thursday evening at the ARC was no difference, as the Beacons overcame a 12-point first-half Bradley lead and held off the Braves down the stretch to pick up an 86-84 victory and move back to .500 in MVC play. Shay Frederick (Greenville, Wis./Hortonville) set a new career best with 11 assists, recorded the first double-double of her career and moved into second place in program history in career assists.

Valpo (8-15, 6-6 MVC) will try to snap a streak of nine straight games alternating wins and losses on Saturday afternoon at the ARC as it welcomes Illinois State to town for the Play4Kay game. Tipoff against the Redbirds is set for 1 p.m., and the game can be seen live on ESPN3.