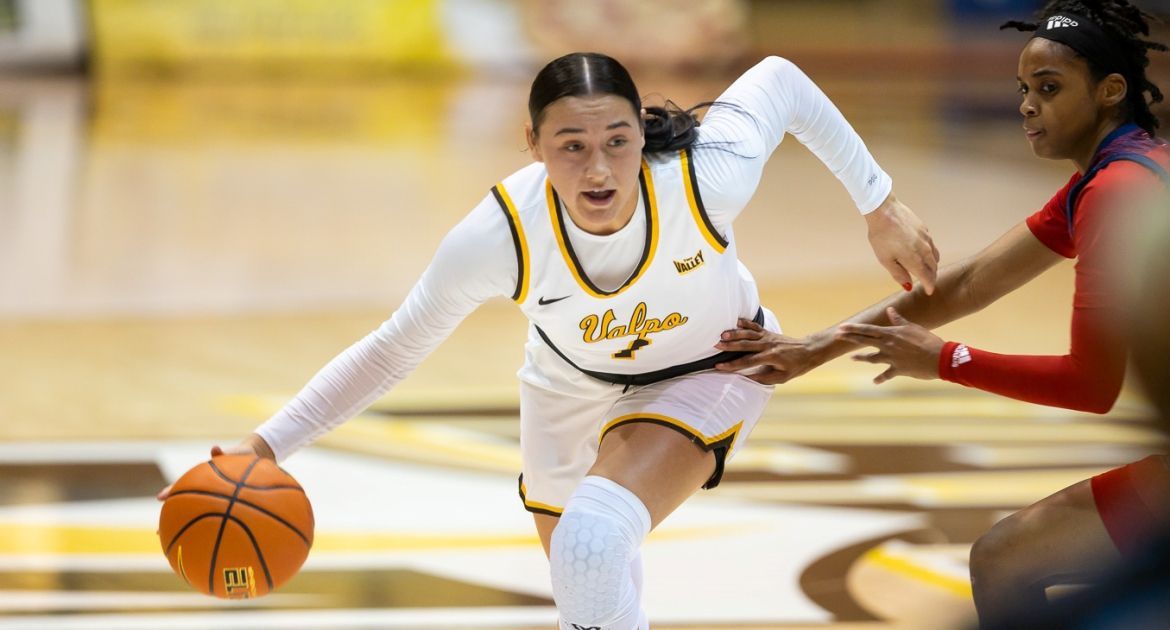 Maybe it was only appropriate, given that the normal five-hour bus trip the day before had taken nearly 12 hours to complete, that Friday’s Valpo women’s basketball game at Evansville would take a little longer than normal to decide a victor. After 40 minutes proved to not be enough, the Beacons’ defense locked down in overtime, holding the Purple Aces scoreless over the last three and a half minutes as Valpo claimed a key 75-70 victory.

Valpo (9-16, 7-7 MVC) has another critical game on Sunday afternoon when it takes on Indiana State in Terre Haute. Tipoff is slated for noon CT, and the game can be seen live on ESPN+.