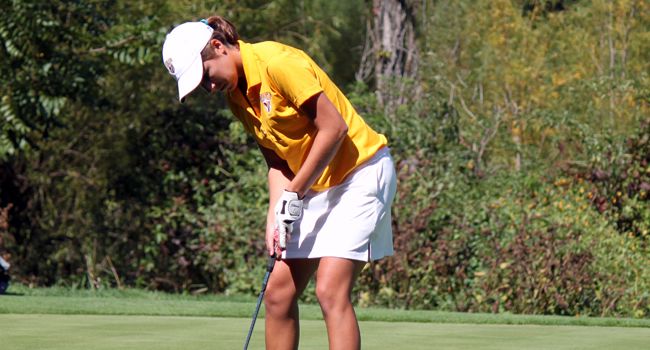 The Crusaders finished tied for eighth place at the Butler Fall Invitational at Highland C.C. in Indianapolis, improving by 17 strokes on Tuesday to finish with a 36-hole score of 685. Valpo finished level with the other two Horizon League squads in attendance – UIC and Green Bay – despite splitting its team between two tournaments. Meanwhile, at The 2013 Preview at The Hawthorns G.C. in Fishers, Ind., Valpo completed the 36 holes in 14th position, posting a team score of 371.

Shrum posted Valpo's top tournament between the two events, improving by four shots on Tuesday to post a final-round score of 75. Her 36-hole total of 154, tied for the fifth-lowest 36-hole event score in program history, was good for a tie for sixth place in the 62-golfer field.

Sophomore Annie Gaugert (Lake Geneva, Wis./Badger) finished second for the Crusaders at Butler, posting a score of 176 to finish in a tie for 44th place. Senior Brianna Davy (Schererville, Ind./Lake Central) improved by nine shots on Tuesday, finishing in a tie for 47th at 177, while junior A.J. Selig (Hortonville, Wis./Appleton West) was one stroke behind Davy in 50th position.

At The 2013 Preview, it was Kleckner who would lead the Crusaders, as the senior finished with a final-round 80 to conclude the event in a tie for 28th place at 161. Senior Kelly Voigt (Palatine, Ill./Fremd) posted a 36-hole score of 165 to finish in a tie for 43rd, while fellow senior Erika Pfaender (Pewaukee, Wis./Arrowhead) came home in a tie for 67th at 173. Sophomore Sibil Gill (Kokomo, Ind./Western) and freshman Angie Kim (Schaumburg, Ill./Fremd) rounded out Valpo's team with scores of 178 and 182, good for ties for 81st and 87th position, respectively.

The 2013 fall schedule continues for the Valparaiso women's golf team early next week as the Crusaders travel to Springfield, Mo. to take part in the MSU/Payne Stewart Memorial for a second consecutive season.