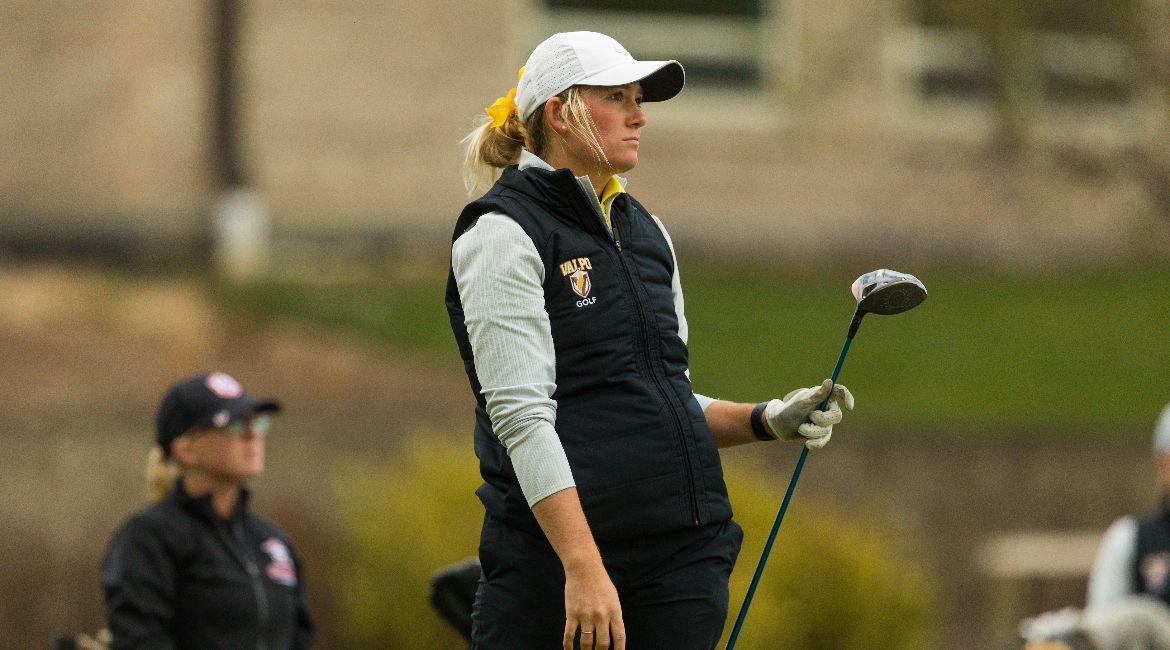 Cailey Rooker carded a career-best 73 in Round 1 on Sunday.

Junior Cailey Rooker (St. Joseph, Mich. / St. Joseph) celebrated her birthday in style by putting together a pair of quality rounds for the Valparaiso University women’s golf team on Sunday. Rooker led the way for the Beacons, who utilized a lineup comprised of two newcomers and three returning players for the first tournament of the season – the Redbird Invitational, hosted by Illinois State at the par-72, 6022-yard Weibring Golf Club in Normal, Ill.

“It was a great start to a new season. Cailey played really well this morning and kept playing very solid this afternoon. It was a great way to celebrate her birthday. Madison Keil began her college debut with an eagle on her very first collegiate hole. She played some great golf today. Anna Fay settled in after a few holes and finished her first college rounds with a good score. I am very proud of everyone and excited to see what we can do tomorrow.”

The final 18 holes of the tournament will occur on Monday in Normal. A link to live scoring via BirdieFire can be found on ValpoAthletics.com.