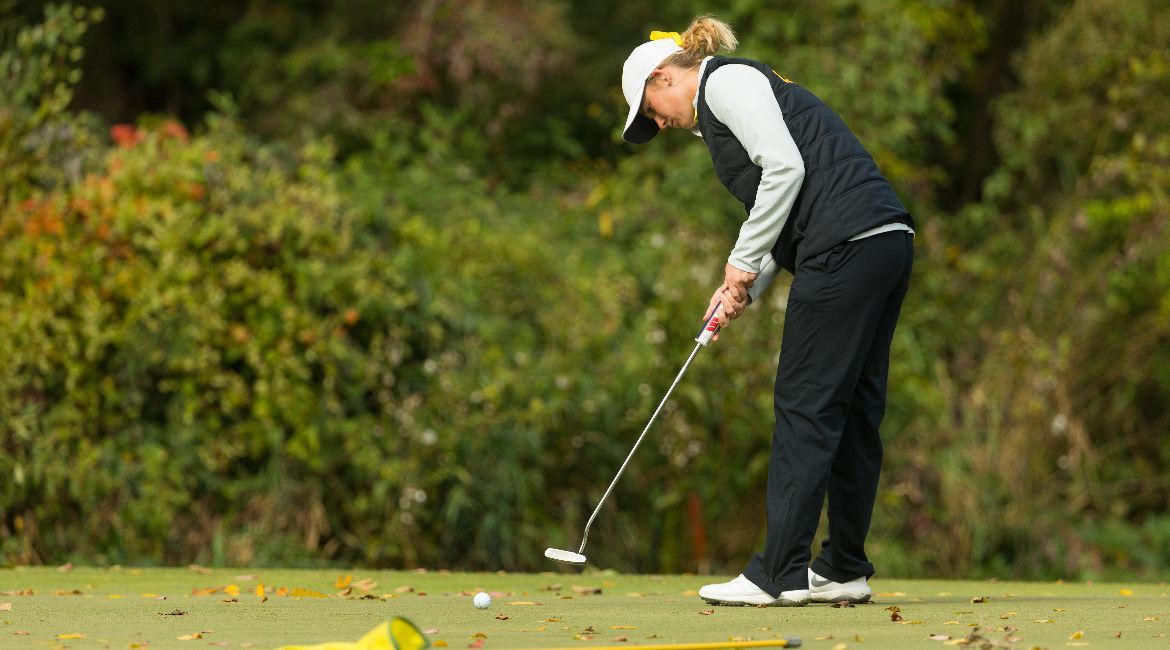 Cailey Rooker had the second-best 54-hole tournament score in relation to par in program history this weekend.

The Valparaiso University women’s golf team started the 2021-2022 season in record-setting fashion at this weekend’s Redbird Invitational, which concluded on Monday at the par-72, 6022-yard Weibring Golf Club in Normal, Ill. Valpo closed out the weekend with its best round of the event, in the process polishing off a new program record for 54-hole team score, both overall and in relation to par.

“It was a lot of fun to be on the golf course today. The girls played some really great golf this weekend, and I am excited to see what this season will bring. This was a phenomenal start to the season. Maddie Keil started her round with a double bogey today and followed it up with birdie, birdie, birdie, par and birdie.”

The Beacons will return to the course on Monday, Sept. 20 at the Cardinal Classic, which will be hosted by Ball State at the Players Club in Yorktown, Ind.