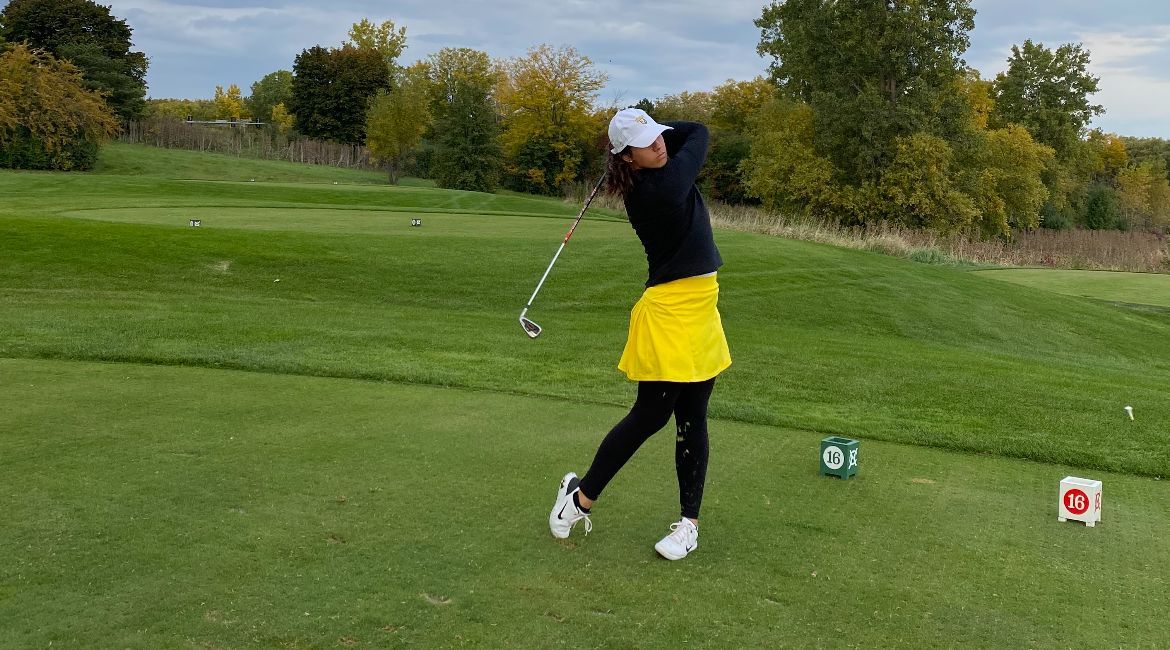 Kelsey Eichanauer had a strong day and is tied for the team lead through two rounds.

The Valparaiso University women’s golf team returned to competition on Monday, partaking in the first two rounds of the Loyola Parkinson Invitational, hosted at the par-72, 6041-yard Merit Club in Libertyville, Ill., where pleasant conditions were in the high 60s and low 70s with little cloud cover. A pair of Beacons finished the day narrowly outside the top 10 as sophomore Anna Fay (Ada, Mich. / Forest Hills) and senior Kelsey Eichanauer (North Manchester, Ind. / Manchester) shared the team lead on Day 1.

“Today was a good day. Kelsey really stepped up and continued to push herself. I’m very proud of Kelsey. She has worked so hard and has come a long way in the past couple of years. I’m excited to see what she can push herself to accomplish tomorrow.”

The event will conclude on Tuesday as Round 3 begins at 8:30 a.m. with a shotgun start. A link to live scoring via GolfStat is available on ValpoAthletics.com.