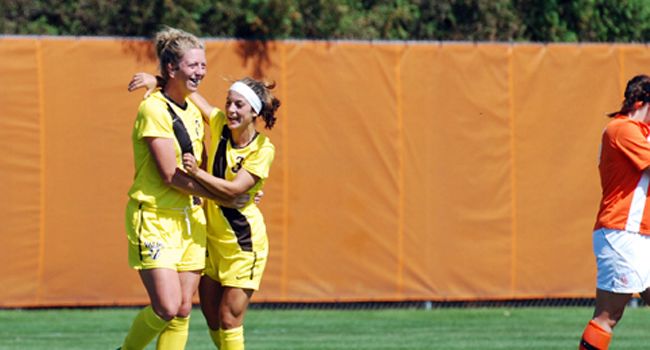 This Week in Crusader Soccer: Valparaiso closes out the non-conference portion of its 2011 schedule this weekend by hosting an in-season tournament for the first time in program history.  The Crusaders will face Campbell on Friday evening in the second match of the Crusader Classic, following the contest between IUPUI and Air Force.  Valpo then will meet Air Force on Sunday afternoon with IUPUI and Campbell meeting earlier in the day.

Head Coach John Marovich: John Marovich holds a 31-26-10 record both overall and with Valpo in his fourth season at the helm of the Brown and Gold.  Just the third head coach in program history, Marovich has the best winning percentage (.537) ever at Valpo, and ranks second in total victories.

Series Notes: Valparaiso and Campbell are meeting on the pitch for the first time.  The Crusaders and Air Force are meeting for the second time.  Valpo posted a 1-0 victory at the Air Force Academy on Aug. 31, 2008 in the only other meeting between the two schools.

Wrapping Up Last Week’s Action: Rachel Hoaglin scored less than two minutes into the match for the lone tally and Kristen Manski made a pair of saves as Valpo shutout Green Bay 1-0 to open Horizon League play on Friday at Eastgate Field.  Sunday saw an offensive outburst from the Crusaders as Hoaglin, Luisa Desario, and Kelsey Draper scored first half markers and Katie Gratzianna added a goal in the second half.  Valpo went on to down Bowling Green 4-0 on the road as Manski made two more saves in her third straight shutout win.

Scouting Campbell: The Camels are coming off of a 2-1 double overtime loss to Towson last Friday evening.  Campbell is led by Ashley Clark, who has scored four goals and added two assists for 10 points.  Pirjo Leppikangas has handed out four assists and has eight total points.  Eight different Camels have scored goals on the season and 14 players has earned at least one point.  In goal, Ryann Torrero has played all but eight minutes on the season, posting a 1.13 goals against average and a .771 save percentage.

Scouting Air Force: The Falcons have dropped three straight matches entering the weekend and will be playing their first true road match of the year against the Crusaders on Sunday.  Air Force faces IUPUI on Friday before meeting Valpo.  McKenna Fox leads the Falcons with four goals and 10 points on the year while Bridgett Murphy has dished out four assists and has six points.  Kelly Stambaugh has played the majority of the minutes in goal, sporting a 1.23 goals against average and a .795 save percentage.

A New Experience for Valpo: Valparaiso University will host an in-season tournament for the first time since the women’s soccer program was founded in 1993.  The Crusader Classic will feature predetermined pairings with two matches being played on Friday night on the turf at Brown Field before switching surfaces to the grass on Sunday for the final two contests.  Valparaiso and IUPUI will not meet one another (as they have already played to a 1-1 draw back on Sept. 9 in Indianapolis).  Air Force and Campbell will not face each other either.

Lighting Up the Scoreboard: With the 4-0 victory over Bowling Green, the Crusaders have now scored four goals in a match twice in the same season for the first time since 2006.  Valpo downed IPFW 4-2 back on Aug. 21 at home in addition to the win against the Falcons.  Back in 2006, the Crusaders scored four goals in a match on four different occasions.

Three Straight Shutouts: Valpo has posted three straight shutout victories for the first time since 2009 when the Crusaders blanked five straight opponents.  This current string began Sept. 11 at Eastern Illinois (2-0) and has been followed up with clean sheets versus Green Bay (1-0) and Bowling Green (4-0).

Among the Nation’s Best: Rachel Hoaglin’s three match-winning goals this season have the junior ranked 16th among all NCAA Division I players.

A First in a Horizon League Opener: Valpo’s victory over Green Bay last Friday marked the first time since the Crusaders joined the Horizon League in 2007 that the Brown and Gold won a conference opener.

Moving Onto the All-Time Scoring Charts: Rachel Hoaglin has moved into a tie for ninth place on Valpo’s career list with Lori Johnson (2005-2008).  Hoaglin has 32 points during her three-year Crusader career.  She is one point shy of Sarah Jewell (2006-2009) and Jackie Kondratko (2006-2009) for seventh on the all-time charts.

Keeping Then Clean: Kristen Manski has passed Amy Cavanaugh (1996-1999) and moved into third place with eight career clean sheets in a Crusader uniform.  In addition, Manski’s three shutouts this season have her tied for ninth on the team’s single season charts.

This and That: Katie Gratzianna scored her first collegiate goal at Bowling Green last Sunday ... Becky Clever registered an assist against the Falcons in her first appearance on the pitch this season ... Valpo has given up the second fewest goals among all Horizon League teams this season, surrendering eight in the nine matches the Crusaders have played (Milwaukee, 6).