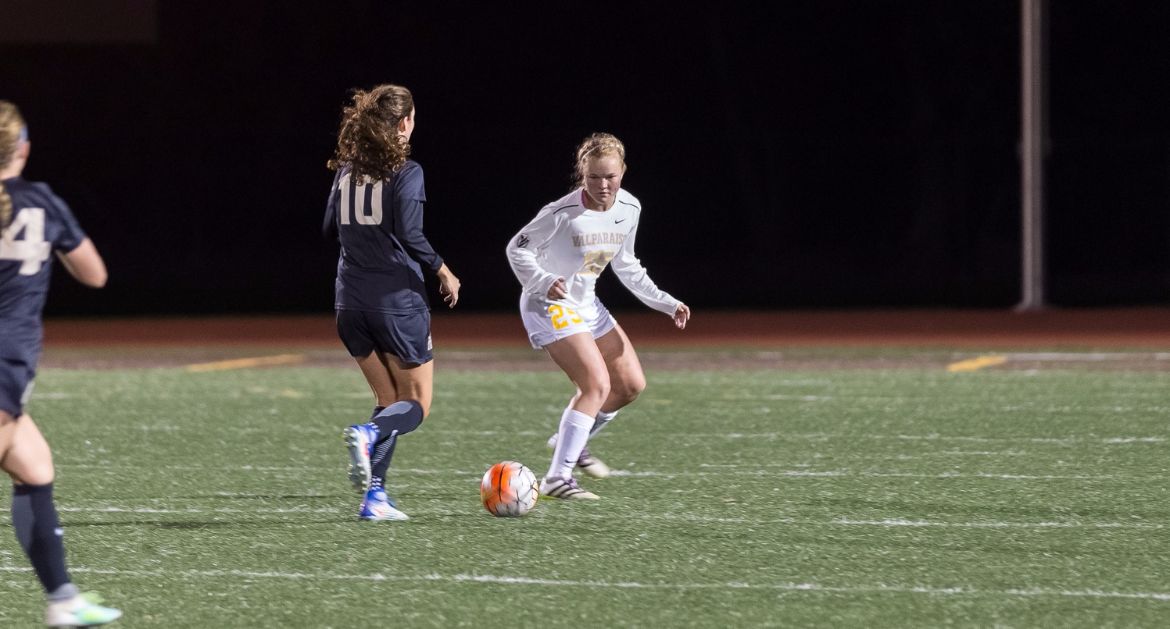 Ali Quillen played the full 90 minutes in the back Friday night.
Valparaiso at Wright State | September 08, 2017

The Valparaiso University women’s soccer team kicked off a five-match road swing on Friday evening in Dayton, Ohio, falling to Wright State by a 3-0 final.

The Raiders took the lead less than 10 minutes into the match, an advantage they would not relinquish.

"We were able to see tonight how thte team responds to adversity, which gives us a great opportunity to grow as individuals and as a team."

"We have to have short memories and prepare for our game on Sunday. We must respond the same way in defeat as we do when victorious - we simply learn and move on to the next task."

Valpo (4-3-0) looks to close the weekend on a winning note Sunday at Fort Wayne. Kickoff is slated for noon, with live stats and live video available via ValpoAthletics.com.