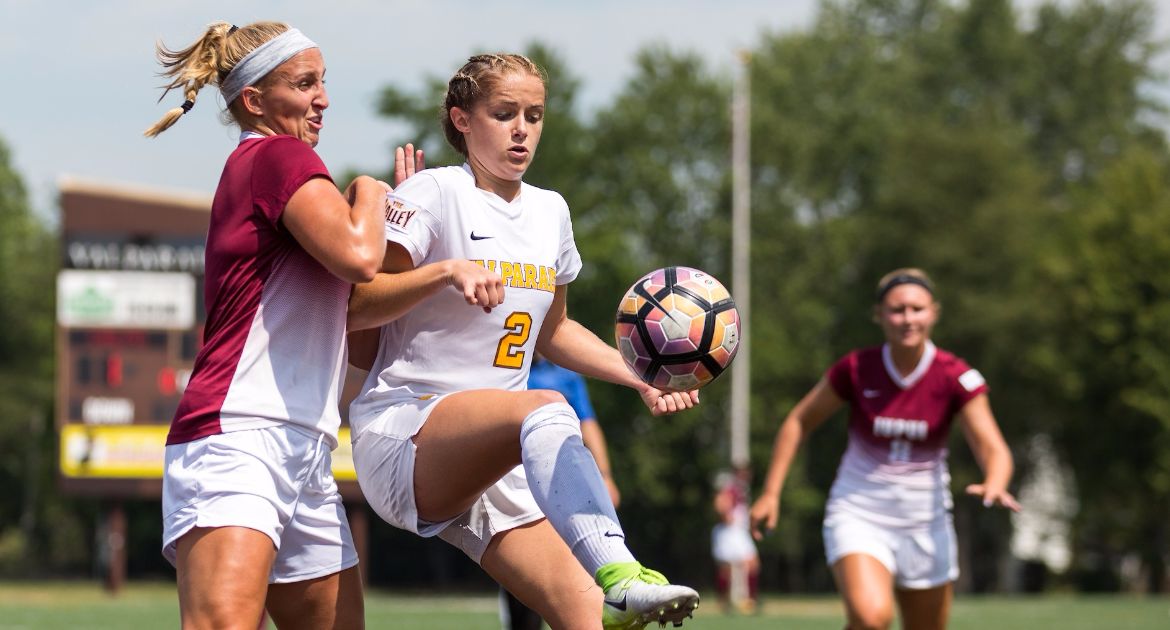 Cory Griffith scored a hat trick to lead the way for the Crusaders Sunday.
Valparaiso at Fort Wayne | September 10, 2017

Fort Wayne led for just 70 seconds, as sophomore Adi Johnson (Rockford, Ill./Rockford Christian) found the back of the net in the 50th minute to level the match at 1-1. Less than three minutes later, Griffith tallied the first of her three goals to put the Crusaders ahead for good.

"Overall, I was very happy with the performance of our team today, especially in regards to the way we responded to Friday night's game. I felt our movement of the ball and our soccer decisions were very good, and our overall understanding of our movement in the attacking third was better."

"We created a lot of attacks in the first half, but just didn't get the results we were looking for. But the intensity and the urgency of our group were much better today, and we carried that over into the second half, which led to us getting two goals back-to-back and a third and fourth late. The pressure that we maintained over the entire 90 minutes was a big difference in today's game."

"It's of course awesome to see Cory get a hat trick - she had two goals that were quite excellent. Grace did a good job as well - really anybody that went on today brought that intensity, and I'm most proud of that coming out of today."

Valpo (5-3-0) continues its stretch of matches away from home next Friday afternoon, making a short trip to Kalamazoo, Mich. to face Western Michigan. Kickoff is slated for 4 p.m. CT, with live stats available via ValpoAthletics.com.