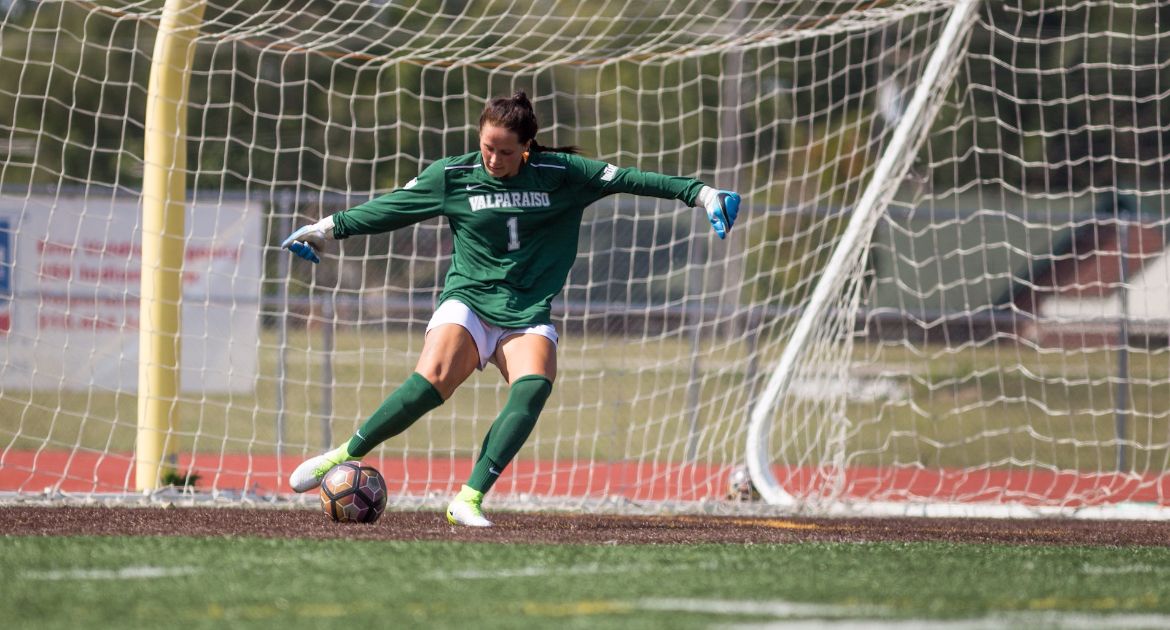 The Valparaiso University women’s soccer team continued its five-match road swing on Sunday, but was unable to overcome host Toledo, as the Rockets earned a 2-0 victory over the Crusaders.

“Unfortunately, we gave away a goal uncharacteristically, which caused us to have to chase the game. We gave ourselves a great chance right after conceding, but their goalkeeper made a nice save.”

“Chasing the game takes its toll on you and we just weren’t good enough today in the final third. We will continue to work on that this week to prepare for The Valley opener next week. It’s time for the second season.”

Valpo (5-5-0) opens up its first season of play within the Missouri Valley Conference since 1998 next Saturday night, as the Crusaders trek to Springfield, Mo. to face Missouri State. Kickoff is slated for 8:30 p.m., with live stats available via ValpoAthletics.com.