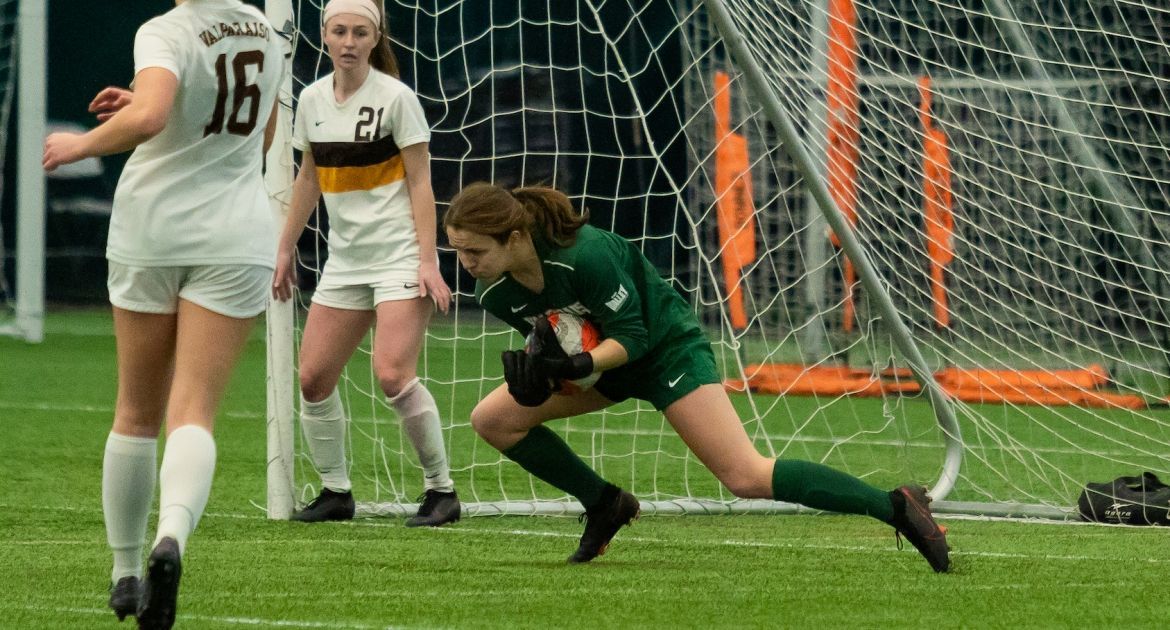 As has been the norm this year throughout MVC soccer play, it was a defensive battle between Valpo and Evansville Wednesday evening in Evansville, Ind. In the end, the teams fought to a 0-0 draw in double overtime, highlighted by a second-half penalty kick save from Valpo goalkeeper Nikki Coryell (Aurora, Ill./Metea Valley).

“I feel like we weren't really on our front foot to start off the game. Our subs came in and gave us exactly what we needed, and I felt like we had a bit of a better performance later in the first half going into the beginning of the season half.”

“I thought Morgan [Metzger], Hannah [Mares] and Natalie [Graf] came in and gave us really good movement up front. Hannah was really good about helping us keep possession and her movement off the ball was good.”

“We couldn't quite find a good rhythm as the game got later - I think we played a bit rushed. But again, we're battling, we're competing, we're giving effort we can be proud of. Every match in the Valley is going to be this way. Getting points on the road is a big deal, and now we've got to keep fighting and find a way to get that goal to make it three points instead of one.”

Valpo (2-2-4, 1-1-3 MVC) heads to Waterloo, Iowa to take on UNI Sunday afternoon at 1 p.m. Live stats will be available via ValpoAthletics.com.