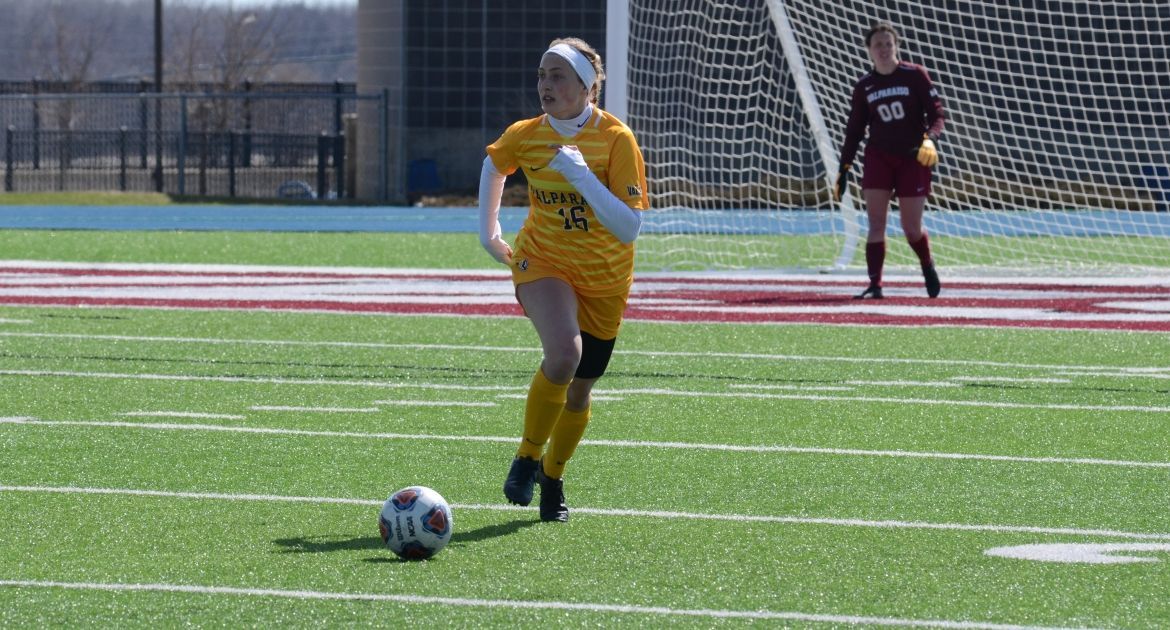 Taking on UNI in MVC play Sunday afternoon in Waterloo, Iowa, the Valpo soccer team surrendered one goal or fewer for the sixth consecutive game, but it wouldn’t be enough to come out victorious as the host Panthers earned the 1-0 victory.

“It’s a disappointing loss on the road today. We found a good rhythm midway through the first half. Our midfield three started solving pressure and it allowed us to be attack-minded. We put a ball across the six-yard box late in the first half, but the final touch was off the mark.”

“The match didn’t have many real chances on either side. Unfortunately, UNI was able to nick a goal against the run of play.”

“We have put ourselves in every match this spring and found a few wins and four ties. We must focus on the final touch to capitalize on those moments to elevate the ties and one-goal games into the win column.”

Valpo (2-3-4, 1-2-3 MVC) plays its final home match of the season and hosts Senior Day at Brown Field on Saturday, April 3 when the Brown and Gold takes on Missouri State. Kickoff is slated for noon and will be broadcast live on The Valley on ESPN.