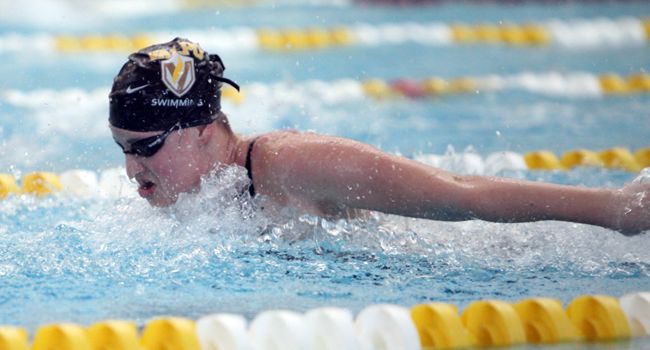 Flavia Segatto and the Crusaders competed in at the Dennis Stark Meet in Notre Dame Friday.
Related Links

Against one of the strongest draws they'll face this season, the Crusaders settled for fifth-place on the men's side (82 pts.) and sixth place in the women's circuit (64 pts.) at the Dennis Stark Meet in Notre Dame Friday.

The trend continued in the women's and men's 300 breast relay with sixth and fifth-place scores, respectively.

Valpo returns to the water Saturday, October 26th in the Indiana Intercollegiate Invitational hosted by Purdue University. The first race begins at 11:00 am CT.