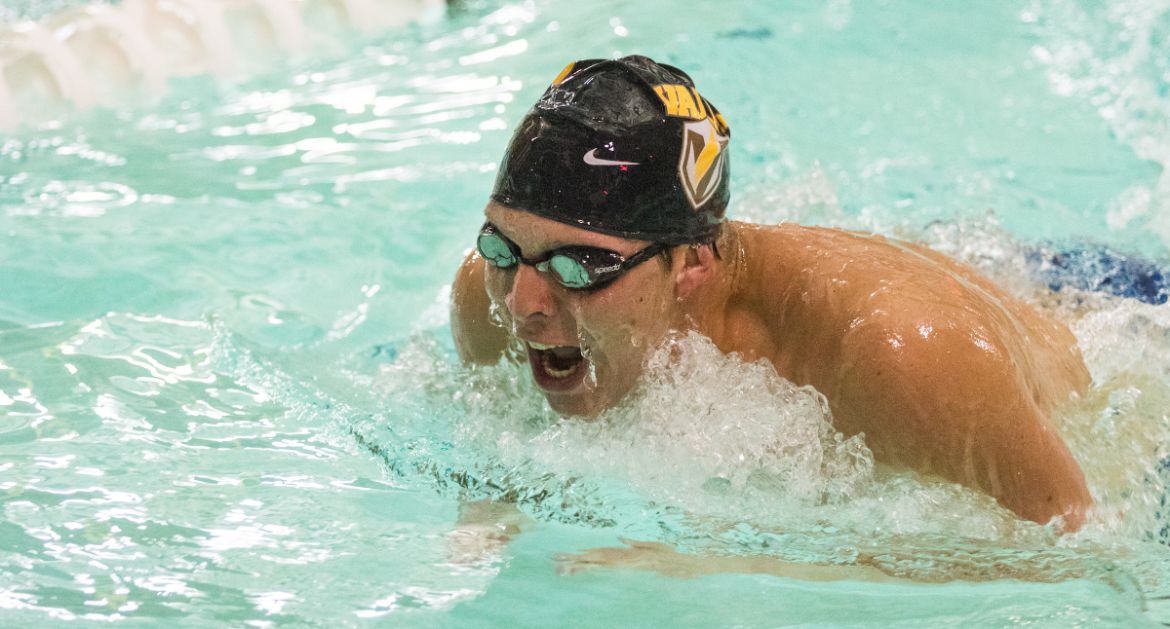 Brendon Johnson moved into sixth in program history in the 200 IM Thursday.

The Valparaiso University men’s and women’s swimming teams continued to impress at their respective conference championships Thursday with more performances that rank among the best in program history. On the men’s side, senior Dylan Kirar (Arvada, Colo./Ralston Valley) led the way with a sixth-place finish in the 500 freestyle at the Summit League Championships presented by U.S. Air Force Special Operations. For the Valpo women, freshman Isabel Jenny (New Albany, Ohio/New Albany) set a new personal best in the 200 IM which moved her into third place all-time at Valpo to lead the way at the MVC Championships.

Both teams continue their respective conference championships Friday, February 21 with prelims in the morning, followed by event finals in the evening.