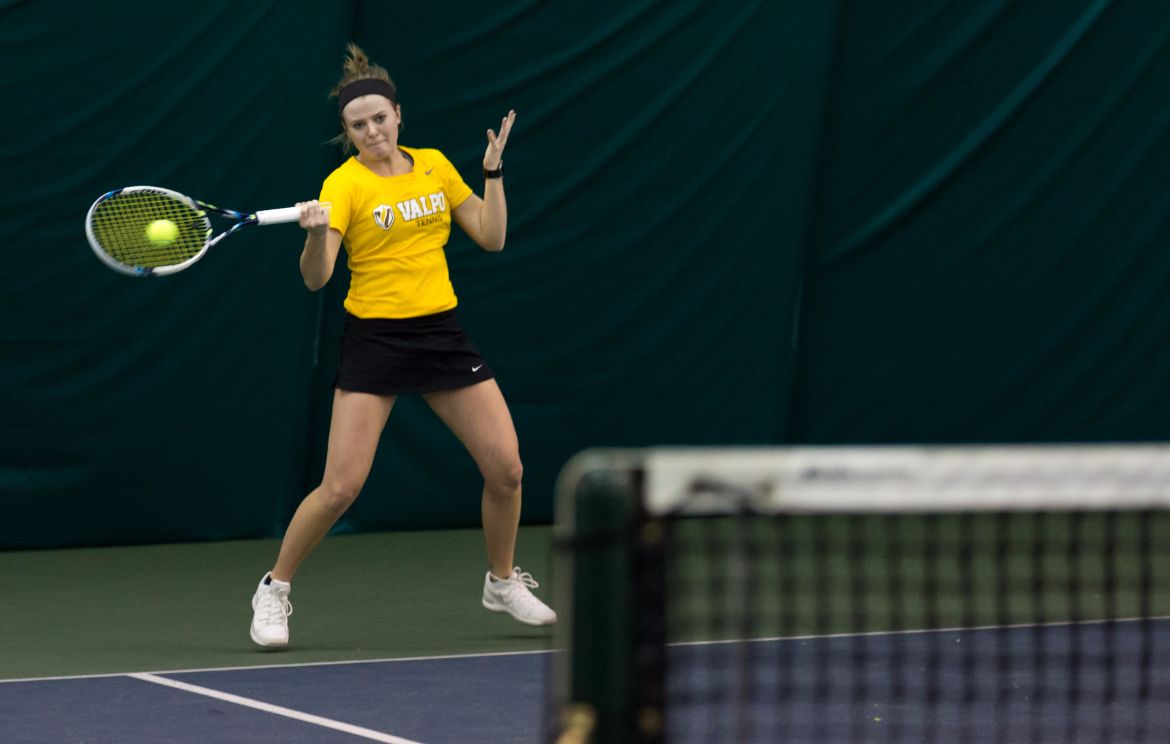 The Valparaiso University women’s tennis team enjoyed its best performance of the season on Friday afternoon at the Courts of Northwest Indiana, but IUPUI prevailed 4-3. The Crusaders scored team points in a match for the first time this season.

The Crusaders will be active again next weekend, hosting Akron on Saturday, March 4 at 5 p.m. before visiting Bradley on Sunday, March 5 at 3 p.m. Those will be the final matches before they head to California for their annual spring trip.