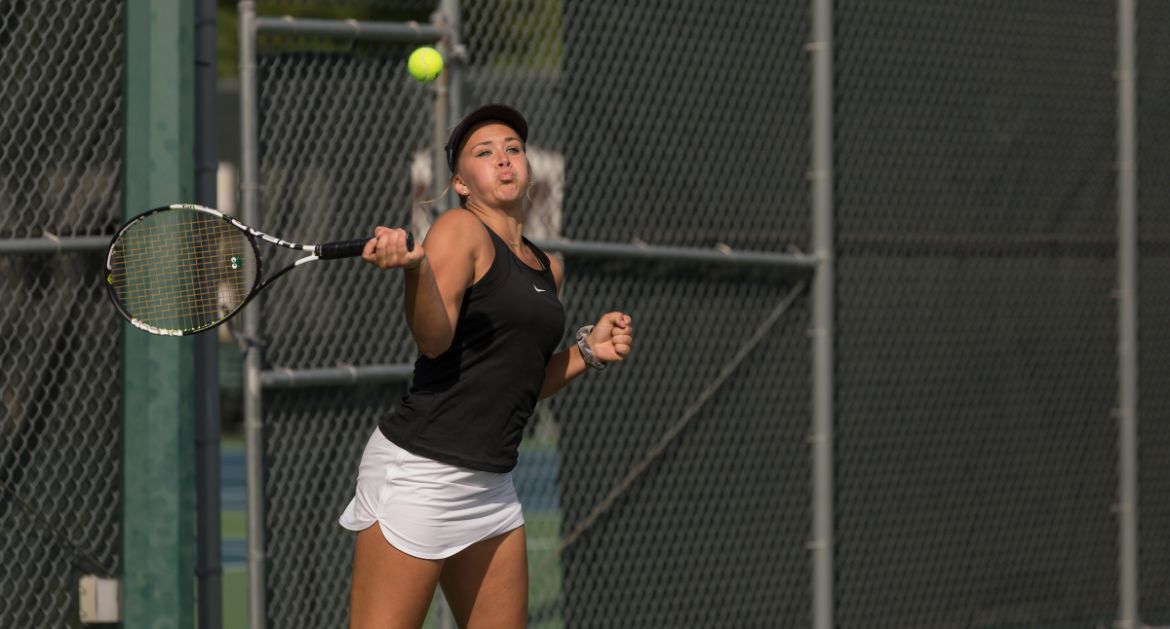 Claire Czerwonka won in singles and doubles on Saturday.

Sophomore Claire Czerwonka (Kenosha, Wis. / Saint Joseph Catholic Academy) was the star of the day on Saturday, headlining a quality effort for a shorthanded Valparaiso University women’s tennis team. Czerwonka picked up wins in singles and doubles in a 6-1 victory for visiting UIC.

“I told our team after the match that I know it’s cliché, but we played with so much heart today. Our players care about each other and they fought for each other despite being shorthanded. I’m extremely proud of the way we played today.”

Valpo will round out a weekend of home tennis on Sunday as another Horizon League foe comes to town. Milwaukee will provide the opposition for the final match of four straight at home with an 11 a.m. first serve slated to take place at Match Point Tennis Club in Griffith.