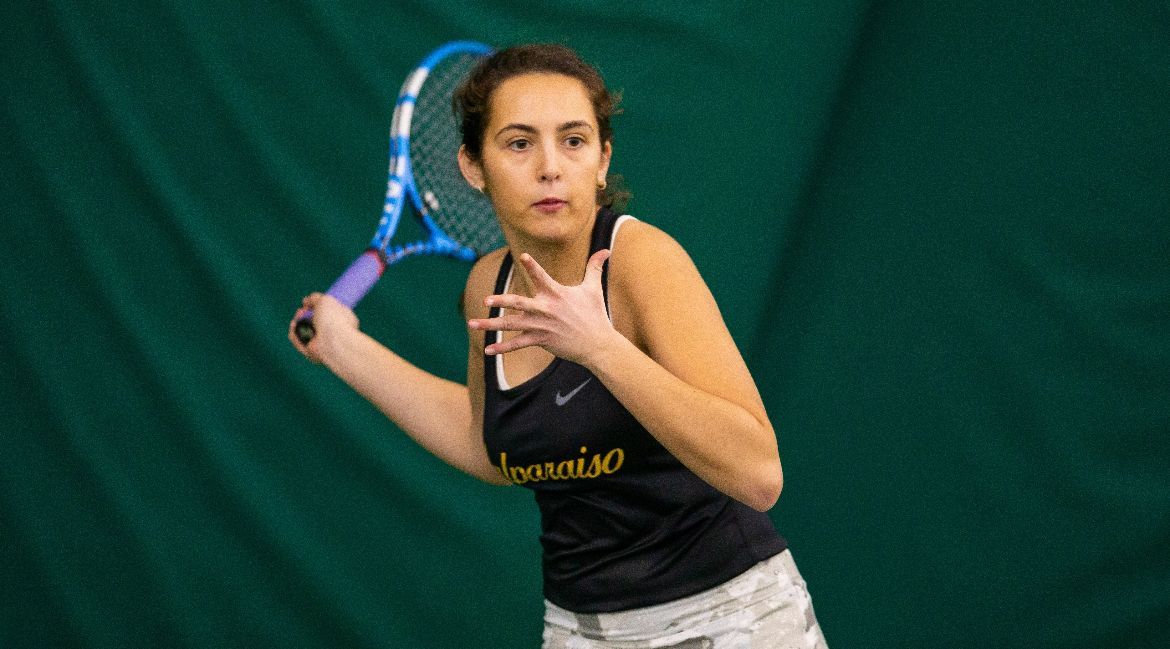 Mia Bertino picked up a win at No. 4 singles on Sunday.

The Valparaiso University women’s tennis team cruised to straight-set victories on all six singles courts after earning the doubles point for the first time this season en route to a 7-0 whitewash of visiting Wayne State on Sunday afternoon at The Courts of Northwest Indiana.

With a stretch of eight straight home matches in the books, Valpo (2-7) will visit Northern Illinois on Saturday, March 6 at noon at Chick Evans Field House in DeKalb, Ill.