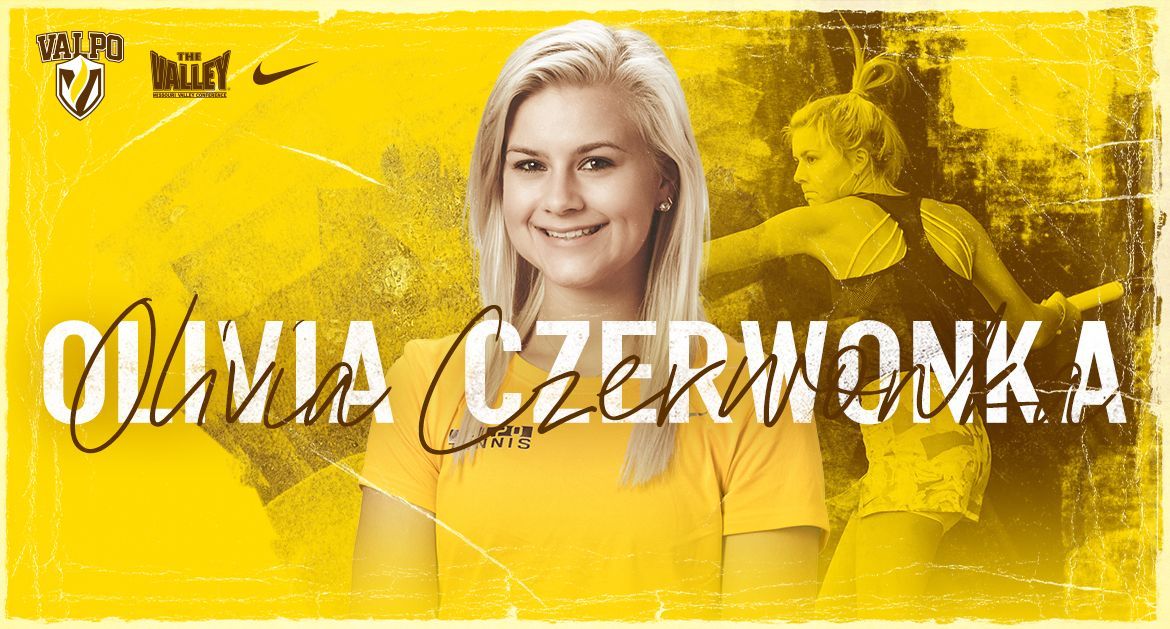 Czerwonka went 4-1 in Missouri Valley Conference doubles matches this season, playing No. 1 doubles alongside her older sister Claire. In addition, she compiled a 4-1 mark in Valley play at No. 2 singles. Czerwonka went 10-1 over the final 11 regular-season doubles matches including a nine-match winning streak. She holds a team-high 11 singles victories and has won 24 singles matches in her young collegiate career.

The MVC All-Select Team honor adds to a list of accolades that has included frequent recognition in her short time on campus so far. Czerwonka owns five career MVC weekly awards as only a sophomore, including four this season. She garnered two MVC Singles Player of the Week honors and a pair of MVC Doubles Team of the Week accolades this season alone.

Czerwonka has helped Valpo to its highest single-season win total since the 2006-2007 campaign this year. She and her teammates will look to add to their successes as they face host Missouri State in the first round of the MVC Tournament on Friday at 10 a.m. in Springfield, Mo. A link to live scoring is available on ValpoAthletics.com.

No. 6 Singles Nikki Perlwitz Bradley So.