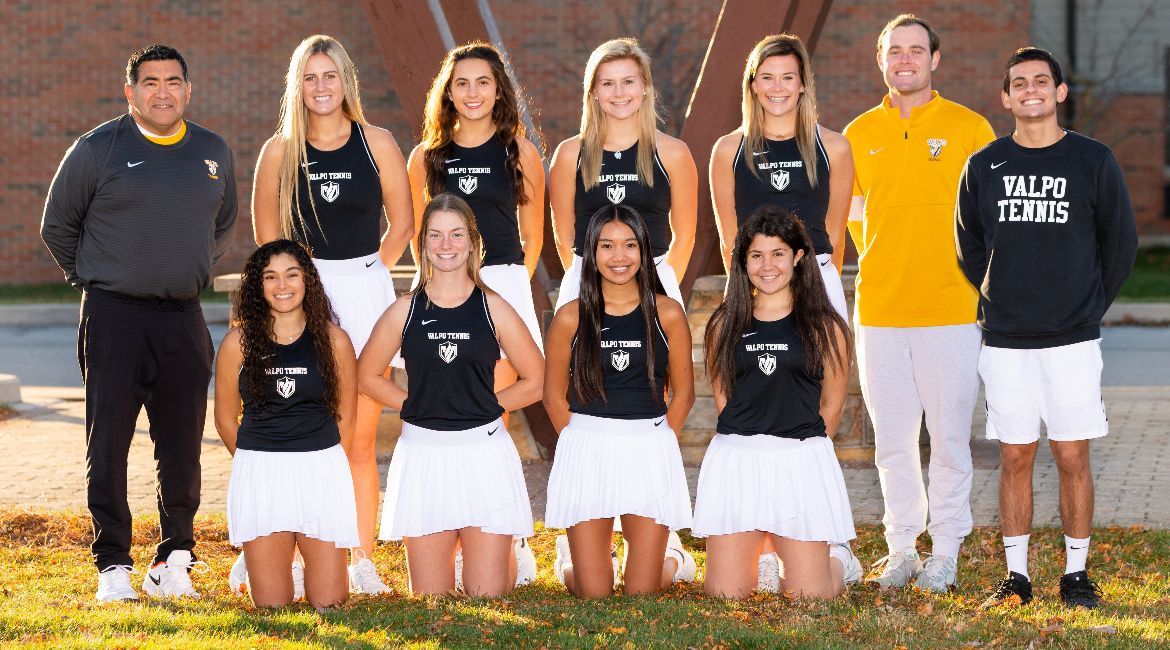 The Valparaiso University women’s tennis program has announced its team awards for the 2021 season.

Jhaveri, who owns a 3.81 grade point average in digital media, earned the Scholar-Athlete Award for the second consecutive season.

McConnell started the season as the team’s No. 7 singles player, but by the time the year reached its conclusion, she had elevated to the squad’s No. 4 position. The rookie’s late-season surge helped her secure the team’s Most-Improved recognition.

The Valpo Award is presented to the player who best exemplifies work ethic, attitude, determination, passion, being a great teammate and being teachable and coachable. Claire adds this honor to her long list of career accomplishments after providing strong leadership at the top of the lineup while helping the program craft its winningest season since 2007.

After taking a large step forward in head coach Bob Modesto’s second season, the program is poised to continue its forward trajectory as the entire starting lineup is expected to return for the 2021-2022 campaign

Click here for Coach Modesto’s postseason remarks to the team.