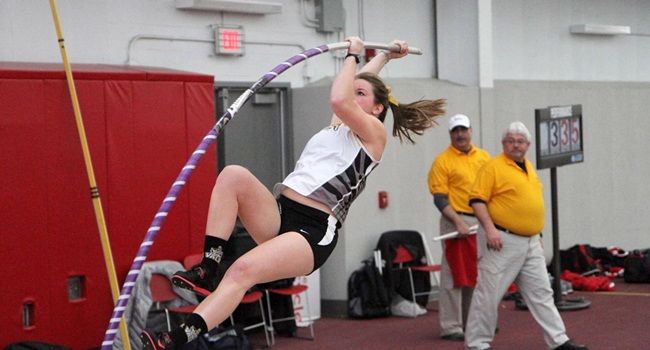 During a windy second day at the Chicagoland Championships, Elizabeth Bloy (Freedom, Wis./Freedom) ran for a first place finish in the 1,500-meter run, and Sarah Peters (LaGrange, Ill./Lyons Township) vaulted for first place in the pole vault, as the Crusaders finished in sixth-place with 60.50 total points.

Bloy broke the tape in the 1,500-meter run, clocking in at 4:41.16 – four seconds faster than the runner-up and just one second outside of the top-five all-time performances by a Crusader. Bloy also finished third in the 800-meter run, crossing the finish line at 2:23.35.

Megan Howdeshell (Bourbon, Ind./Triton Junior-Senior) and Malea Buck (Davenport, Iowa/Central) each captured fifth-place finishes in their respective events. Howdeshell took fifth in the discus with a mark of 129’10”, while Buck placed fifth in the 400-meters hurdles with a time of 1:11.29.

The Valparaiso women’s track & field team returns to the track on Saturday, April 19th for the DePaul Invitational in Chicago, Ill.