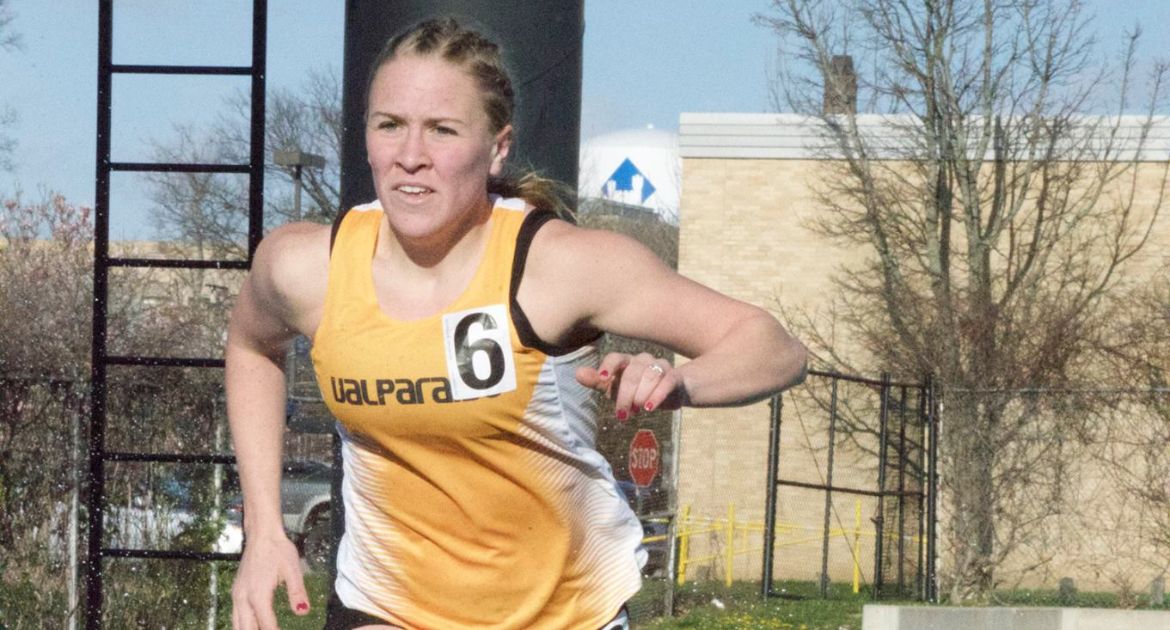 In conjunction with the conclusion of the 2016 Horizon League Outdoor Track and Field Championships, Valparaiso University junior Liz Bloy (Freedom, Wis./Freedom) was named the Alfreeda Goff Female Athlete of the Year for her performances throughout the 2016 outdoor season.

Bloy led the Crusader women during the outdoor campaign with her standout performances in the middle distance events. The league’s Female Runner of the Week on April 12, Bloy paced Valpo in the 800m run (2:17.83), 1,500m run (4:33.41) and the 3,000m steeplechase (10:43.25). The junior ranked first in the Horizon League in both the 1,500m run and the steeplechase – the only female track and field athlete to lead the league in multiple events – and also was sixth-fastest in the league in the 800m run. Bloy improved on her second-best time in program history in both the 1,500m and the steeplechase.

The award was the second major honor from the Horizon League for Bloy this year, as she was previously named the Outstanding Female Running Performer at the league’s indoor championship meet. The league’s Athlete of the Year award was renamed to the Alfreeda Goff Athlete of the Year Award this past offseason in honor of former Horizon League senior associate commissioner Alfreeda Goff. Goff, who worked at the Horizon League for 16 years, is one of the most recognized administrators in intercollegiate athletics. Before moving into athletic administration, Goff served as the track and field coach at the University of Pittsburgh.