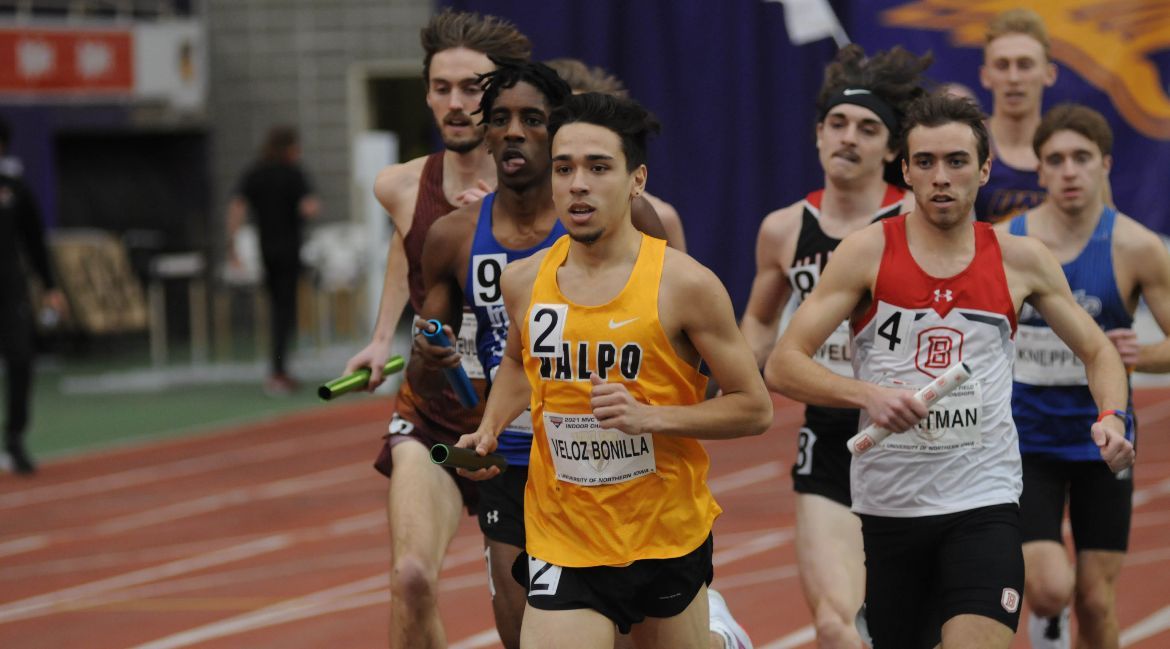 Ignacio Veloz Bonilla, pictured here during the MVC Indoor Championships, had a pair of top-three finishes on Saturday.

Valpo will return to action on Friday, March 26 for a dual meet against Loyola beginning at 10 a.m. at Warren G. Hoger Track.