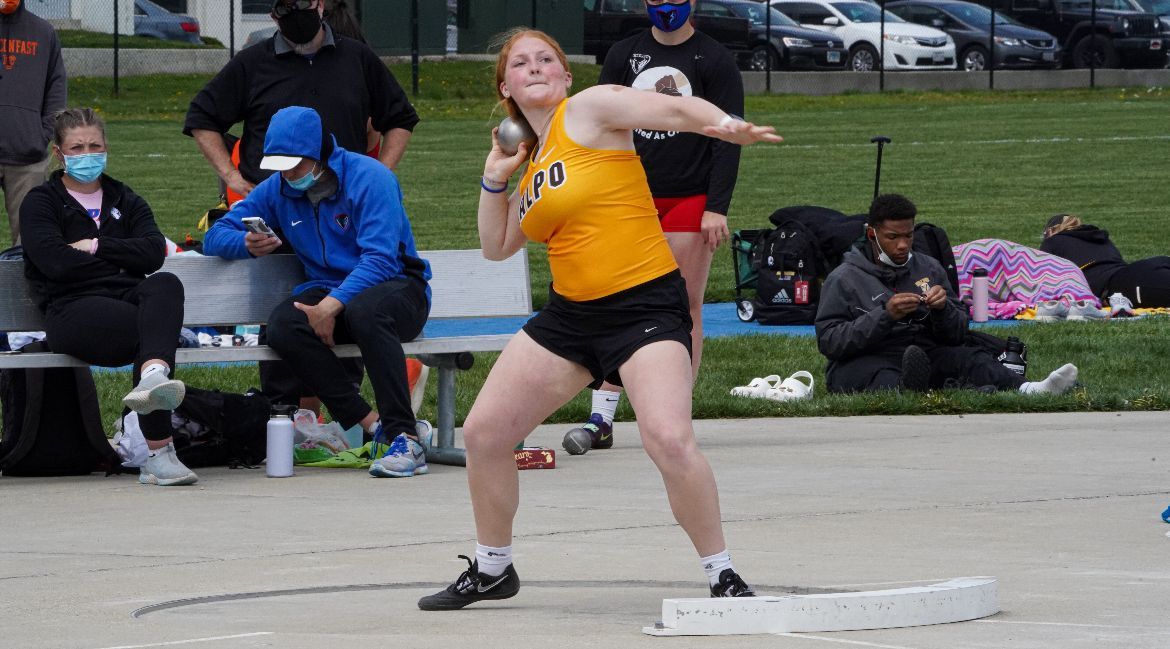 Devyn Miller was among the Valpo athletes who competed in the shot put on Saturday.

The Valparaiso University track & field teams competed at the Gibson Invitational in Terre Haute, Ind. on Saturday, turning in numerous personal records on a busy day of action.

Valpo will host a home meet on Saturday, May 1 at Warren G. Hoger Track.