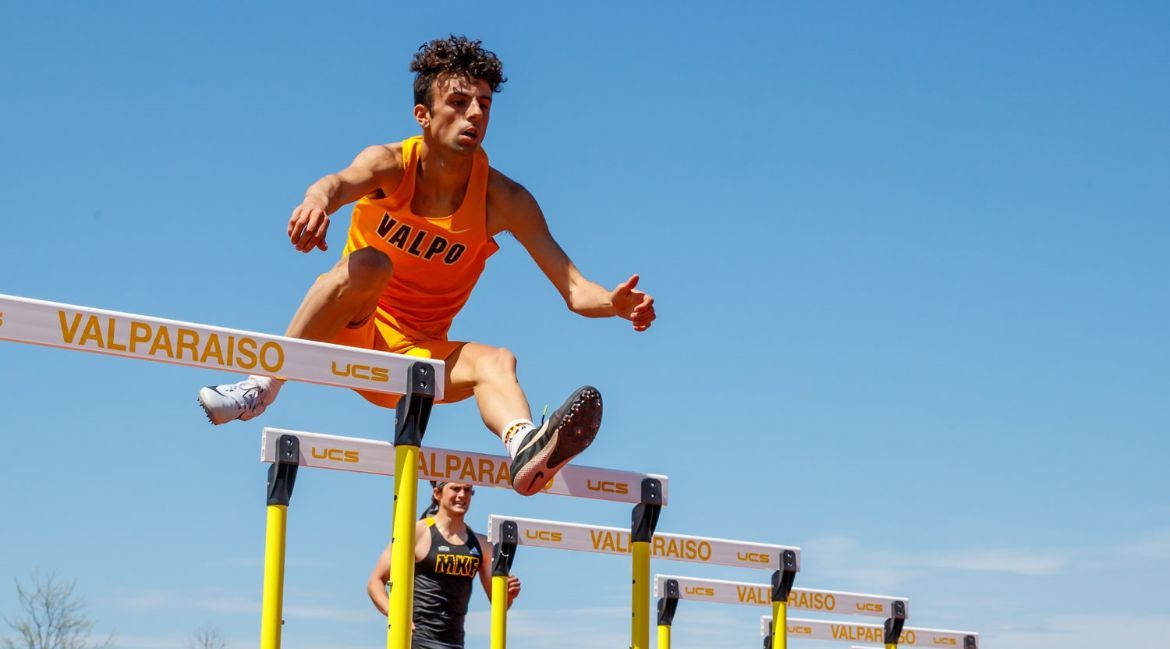 Jared Humphrey finished second in the 400-meter hurdles in addition to winning the long jump on Saturday.

The Valparaiso University track & field teams hosted the Valpo Invitational on Saturday afternoon at Warren G. Hoger Track, the program’s first home meet since 2018. Valpo boasted a plethora of first-place finishes, plus one student-athlete cracked the top 5 in program history in his event and another bettered his own top-5 placement. Milwaukee and Purdue Fort Wayne joined Valpo in the field of competing teams.

Valpo will return to action on Saturday, May 7 in the Pacesetter Sports Invitational in Terre Haute, Ind. That will mark the final meet prior to the MVC Outdoor Championships.